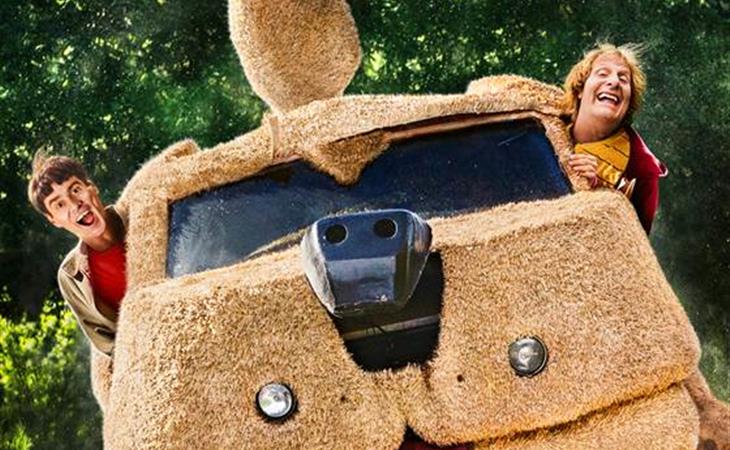 I don’t think I’ve ever laughed harder in a movie than I did when I first saw Dumb and Dumber. It was a perfect convergence of comedy: I was twelve, Jim Carrey was at the top of his game, and the Farrelly Brothers’ gross-out aesthetic was brand new. Dumb and Dumber felt less like a movie and more like a collection of related skits. Suddenly you didn’t need a real plot for a comedy movie, just a good premise from which to launch a hundred mini-sketches loosely linked by character and theme. It was like watching a Harold happen as a movie.

In retrospect, that was not good for comedy. That free-flowing style covered up a lot of sins—for instance, the Farrelly Brothers are not particularly good filmmakers. But they made several good comedies in a row, peaking with There’s Something About Mary, so no one really thought much of the fact that they were not doing anything particularly interesting or cinematic as directors. All of their movies look pretty much the same, but we as an audience continue to evolve. Which is why, over time, it seemed like they stopped making funny movies.

Comedy is a constant evolution, and by the time Zoolander came out in 2001, we’d left the gross-out aesthetic behind. Sure, it still has a place as a bit, but as a style? No. We’re in a parody phase now, and have been since Zoolander. Everything is about pop/cultural references, call backs, and in-jokes. Judd Apatow’s style is the closest thing we have to Farrelly-esque gross out comedies now, but Apatow (and also his protégés Seth Rogen and Evan Goldberg) is a considerably more sophisticated filmmaker. Looking back on Farrelly movies of the 1990s, they seem quaint and simple.

Even Dumb and Dumber, which I love and which holds up surprisingly well given that almost nothing else from that era does, is more charming than funny these days. It still makes me laugh in places—the most annoying sound in the world never gets old—but I watched the whole thing a few months ago and yikes. I winced a lot, mostly at Carrey’s spastic, hyper performance. His facial gymnastic and yelling seems out of place now.

His characters aren’t real people, they’re collections of tics, and comedy has moved past that point. The best comedies of the last fifteen years are defined by sharply drawn, fully realized characters, such as Andy in The 40 Year Old Virgin, or Kirk Lazarus and Ron Burgundy—people who are absurd but who have identifiable wants, needs and desires, and who act accordingly to those things. Carrey’s characters, on the other hand, only ever have one identifiable trait—this one’s an idiot, that one’s a liar, another idiot—and those traits function as plot devices, not as engines of character development. Comedy today is almost entirely about character development.

So it’s with some trepidation that I watched the first trailer for Dumb and Dumber To. And…it’s pretty bad. Carrey is cringe-worthy, the gross-out gags fall flat—that dusty vagina joke made me say “Oh come ON” out loud—and the plot is basically exactly the same as twenty years ago: A woman tears Harry and Lloyd apart. It’s recycled, and worse, it’s stale. Comedy is past this—WE are past this. If there’s any saving grace in Dumb and Dumber To it’ll be the same surprising thing as Dumb and Dumber, and that’s Jeff Daniels. Harry feels like a real person. Harry is on an emotional journey, and comedy can emerge organically from the changes he undergoes on that journey. Hopefully the movie is more about Harry and less about Lloyd, because I don’t think I can take two hours of Jim Carrey screeching in my face. 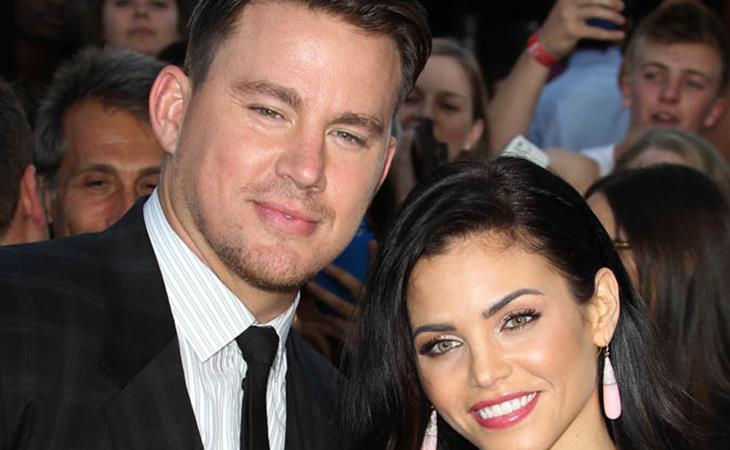 The “stuff that Channing’s good at” 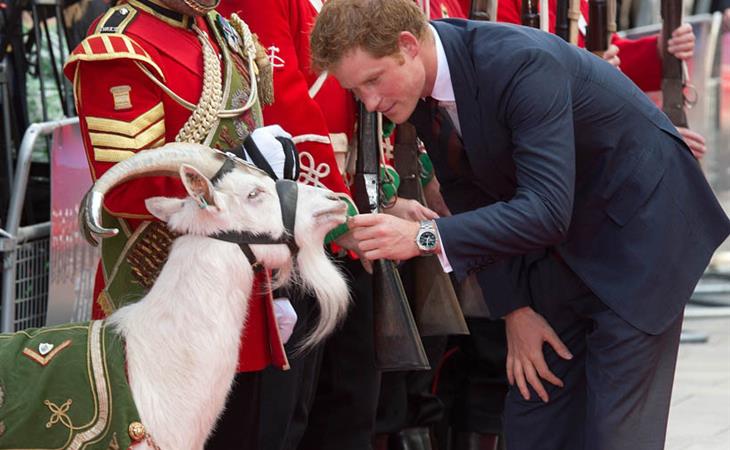 Harry, a goat, and Cressie