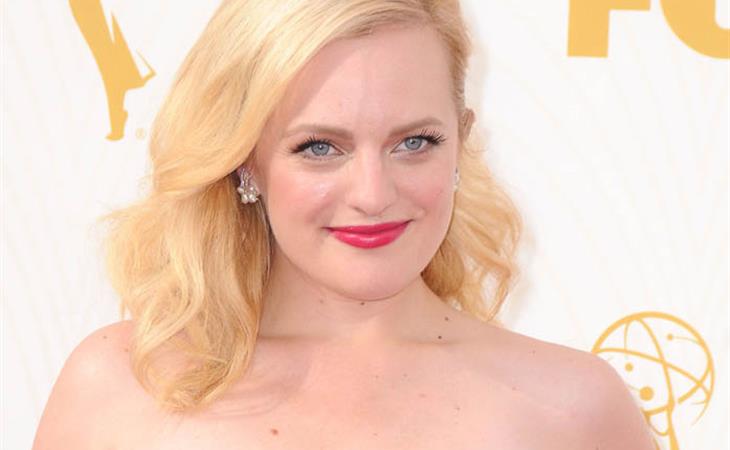 Looking up pictures of Elisabeth Moss’s magenta dress, one outlet described her look as Barbie-esque. Um, Elisabeth Moss doesn’t look anything like a Barbie, and I certainly don’t think she’s trying to.

Yes , her dress is bright pink, her hair is blonde and she has blue eyes. But would Barbie give the mani-cam the finger?

Elisabeth has had a few extreme misses on the red carpet. But for the last few years, she’s found her style, and it’s not completely uniform. She’ll wear a geometric metallic J. Mendel dress as easily as she wears this pink Oscar de la Renta gown.

This year marked her 6th nomination for Peggy, with no wins. She’s not alone there – Jon Hamm, last night, was the first acting win ever for Mad Men.

So she didn’t get a trophy, but she’ll have other chances to win and there’ll be other dresses and different hair colors and she’ll continue to, hopefully, get good and interesting work [Duana - Top of The Lake was a big success, and she has at least three high-profile projects on their way in 2016. I think Moss is more than fine], because she is certainly a great and interesting actress. I think she knows it. And that’s great too, because she’s been working a really long time, and if we compare her to say, Aaron Paul, who was also a breakout character on a hit show, well, no one was hesitant to shower him with praise (me included).

But back to the dress: Oscar de la Renta is certainly top tier. The only other actress wearing it was Maggie Gyllenhaal (and Elisabeth’s dress was much better). Will I remember this dress in 6 months? No, but I don’t know if Elisabeth wants me to remember what she wore to the Emmys, you know?

When I saw the photos of Natasha Lyonne and Fred Armisen on the red carpet together, I immediately thought of Elisabeth. Is he a distant memory to her now? Is it like looking at a stranger? Do they say hello? Or did she spend all night avoiding the OINTB section? I guess AMC and Netflix would have different after-parties, so it would be easy to steer clear of them. The crazy thing is, I feel like if you found yourself in the washroom at the same time as Elisabeth, and you were sharing a mirror and both putting on lipgloss, she would probably indulge you with a story about her ex-husband. Wouldn’t that be fun? 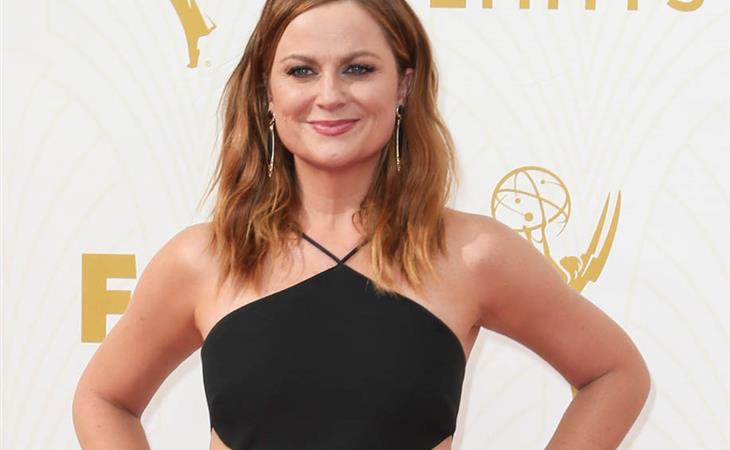 The Emmy Snubbing of Amy Poehler 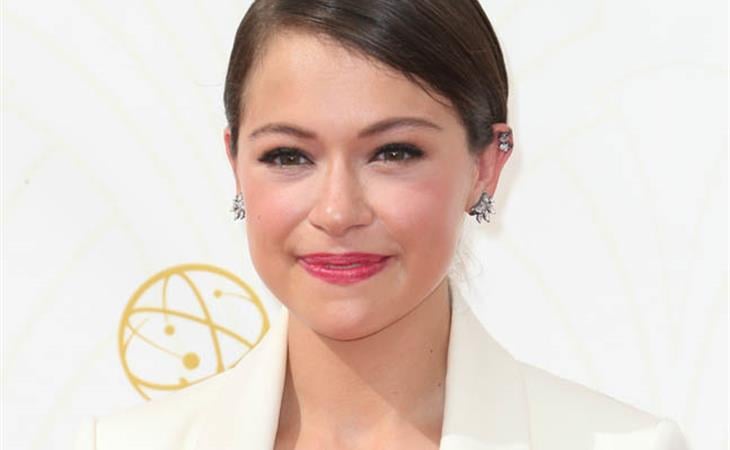