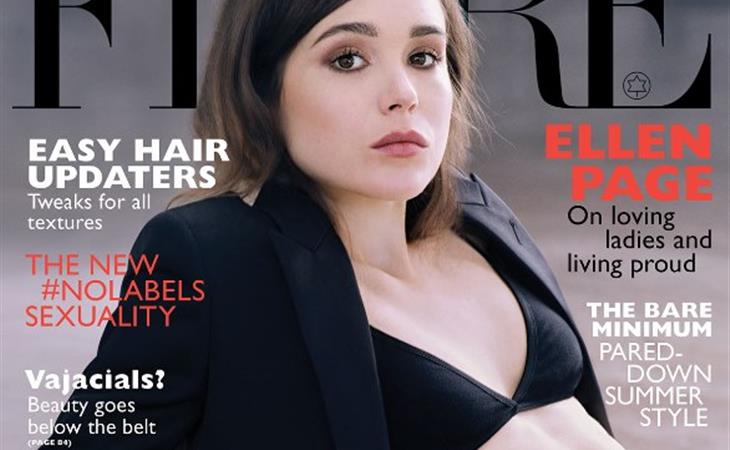 The June issue of FLARE will be available on NextIssue on May 3 and newsstands May 12. The cover?

Ellen Page!
And her abs.
She’s expressing herself.

And I’m expressing that I’m obsessed with her.

This cover is THE BEST.
“Loving ladies and living proud”
There couldn’t be a better cover, right?

No, there really couldn’t.

For the first time, and of course in a Canadian magazine, Ellen talks about why she decided to come out:

"The more time went by, the more something just happened, an Oh my god—I want to love someone freely and walk down the street and hold my girl- friend’s hand.”

As you can imagine, it wasn’t an easy decision:

“You think you’re in a place where you’re all I’m thrilled to be gay, I have no issues about being gay anymore, I don’t feel shame about being gay, but you actually do. You’re just not fully aware of it. I think I still felt scared about people knowing. I felt awkward around gay people; I felt guilty for not being myself.”

Here’s the quote I love most – about Hollywood’s double standard:

“You hear things like, ‘People shouldn’t know about your life because you’re creating an illusion on-screen.’ But I don’t see other actresses going to great lengths to hide their heterosexuality. That’s an unfair double standard.”

And there it is. For those who would say “it’s none of their business”, how come it IS my business when it’s not a same sex relationship? That question is not asked enough. I love that she’s asking it.

Ellen was worried about how she’d be received. With the exception of one ignorant dumbass pastor, most of the reaction has been overwhelmingly wonderful:

“I expected so much more hate. It was just remarkably positive, which is beautiful, because it’s indicative of the change that’s happening. (With the pastor) It was the worst kind of homophobia because it wasn’t just ‘You deserve to burn in hell.’ It was ‘While God thinks it’s lovely that you stood up for your beliefs, perhaps you’ve never had the loving arms of a father.’”

Ellen is currently promoting X-Men: Days Of Future Past. Kitty Pryde! How about that? Kitty Pryde!

“I was interested in experiencing what that kind of film- making meant. The amazing thing about X-Men is that, despite the extremity of the circumstance and the superhero nature of it, the story is deeply human and deeply moving. Kitty is rad and tough and strong, especially in this new one—she’s older and her abilities have evolved. She has more of an edge because of what she’s been dealing with. They’re essentially running for their lives in a decimated, post-apocalyptic future.”

And the best part, which I can totally relate to – she doesn’t have to wear dresses anymore.

“I felt happy and confident and the difference was huge. I feel more creatively inspired than I have in years and I’m sure it has to do with a lot of bricks being taken out of the backpack.”

Click here for more from Ellen Page in FLARE. 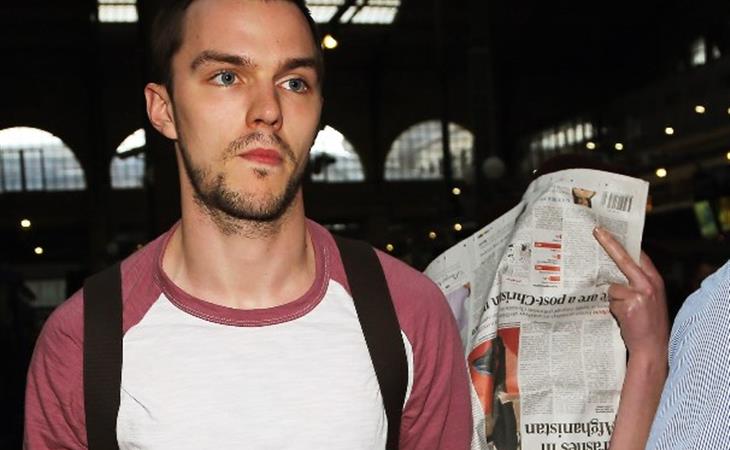 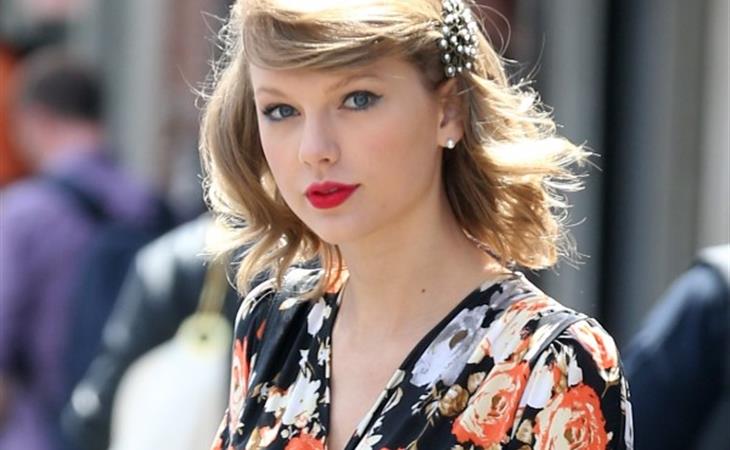