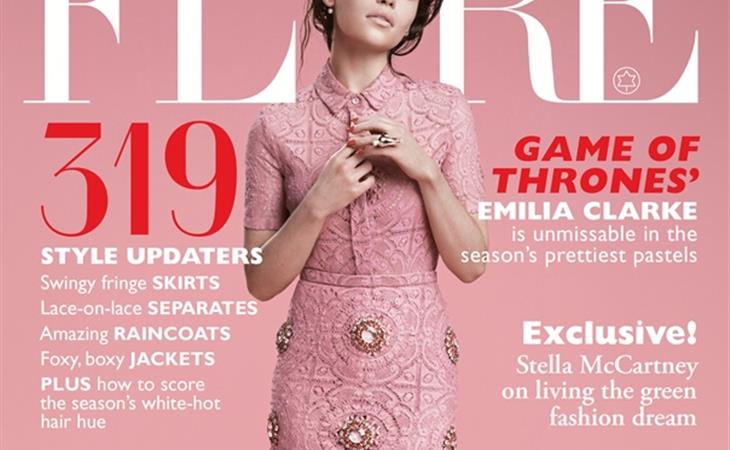 Just over a month to go before the premiere of Game Of Thrones Season 4. So here’s the Khaleesi, aka Emilia Clarke, on the cover of the new issue of FLARE. It’s spring. It’s pink. And she is soooo lovely. I love this outfit on her. It’s a two-piece Burberry Prorsum and the shoes are Prorsum too. Most notably though…

Look at those beautiful full brows!

Anyway, did you know they’re rebooting Terminator? The Khaleesi is the new Linda Hamilton. The young Sarah Connor. Which means Emilia is playing another ass-kicker, with a lot more physicality involved. Apparently she’s been training like a motherf-cker. Good. Another female action movie star is good. But I wonder whether or not she had a choice between this or Wonder Woman. Because wouldn’t she have made a great Wonder Woman?

In other Khaleesi news… a boyfriend!

Page Six reports today that she’s dating actor Cory Michael Smith. They worked together on the stage production of Breakfast At Tiffany’s in New York and were supposedly holding hands at the Vanity Fair Oscar party on Sunday. Here they are together last year on opening night. The new issue of FLARE will be on stands on March 17. 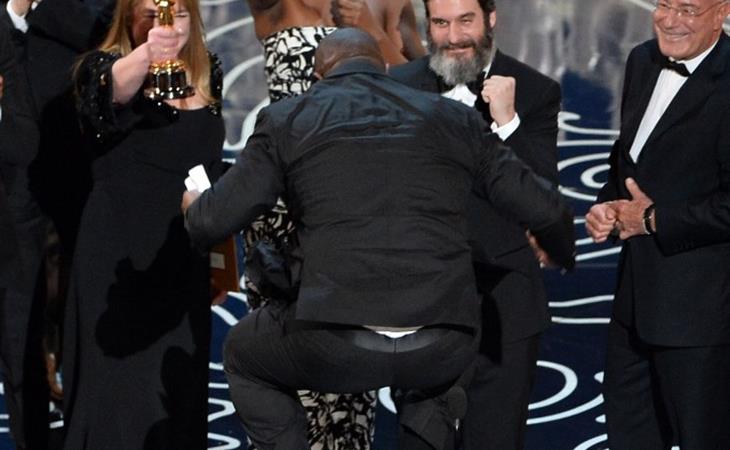