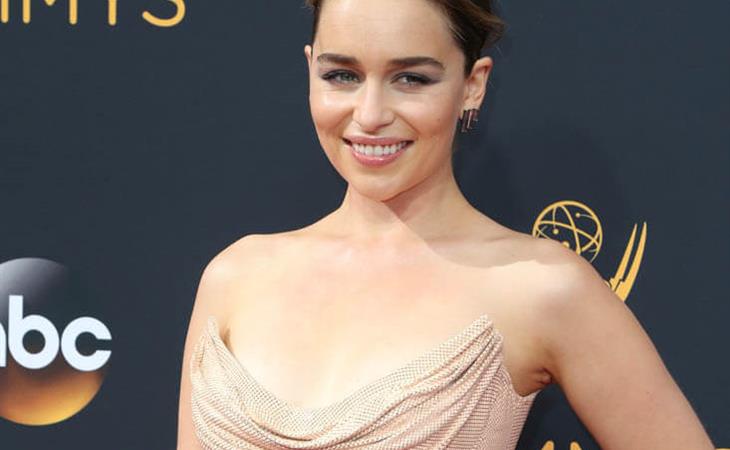 I don’t dislike Emilia Clarke, and I like the Khaleesi, but I do find her totally unremarkable sometimes – especially when she doesn’t have her trademark white-blonde hair. Very pretty, but not very memorable, maybe. This is possibly patently unfair, and I once read a print interview where she seemed kind of funny, and got a bit tart about telling the Game of Thrones producer she wasn’t going to do nudity anymore, but, you know, she mostly disappears into her character.

Maybe that’s why this ‘naked dress’ seems like such a weird choice to me. It’s Atelier Versace, but the rubber-esque skin-coloured gown seems like it’s trying to go for some kind of effect and isn’t doing it; it’s making her look more like a wax figure than a nearly-naked nymph.

There’s a chance that it might have been gorgeous in person, but on TV it’s so close to her skin colour that it almost looks custom, which in turn doesn’t look dramatic and classy…but it’s not like it’s overtly sexy, either. I feel like she looks like the beige version of Mystique. Nude, but not naked, you know? 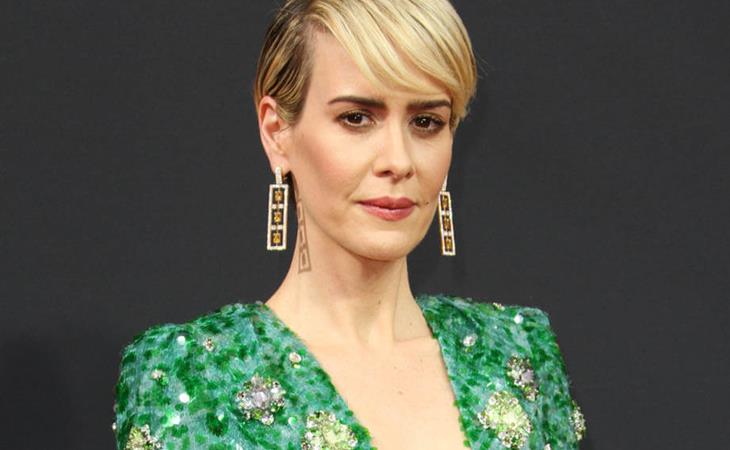 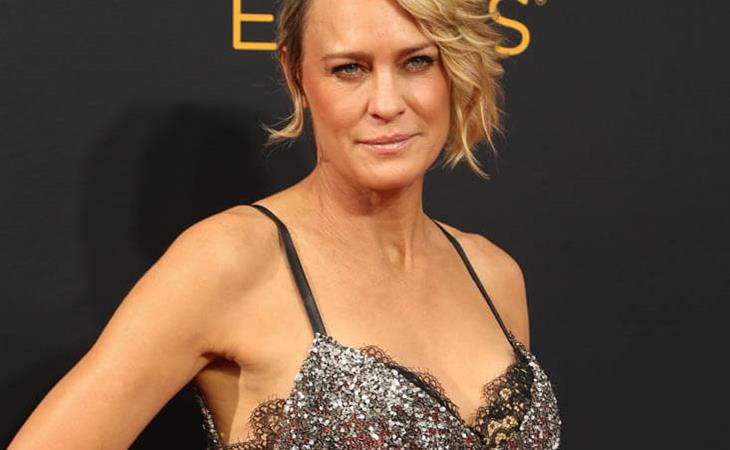