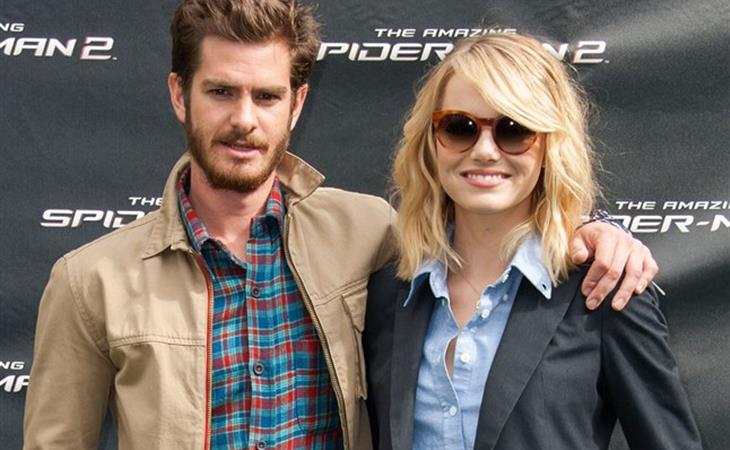 Just as it’s been a while since we’ve seen the Brange, it’s also been months since we’ve seen Emma Stone and Andrew Garfield out together in LA. Emma spent part of the summer working in France on a Woody Allen film and then the two were in England together in late August/early September celebrating his 30th birthday. Click here for a refresher. She was red then. And now she’s back to blonde. Gwen Stacy is blonde. And we’re now less than 6 months out from the release of The Amazing Spider-Man 2. So both of them were joined by Jamie Foxx at a fan event for the movie on the Sony lot on Saturday where they spent time with kids from Big Brothers and Big Sisters.

Next: Emma’s shooting the Cameron Crowe movie with Rachel McAdams and Bradley Cooper in Hawaii. Crowe posted a photo from set a couple of weeks ago. Click here to see. Emma was shot at the airport yesterday presumably heading back to work. 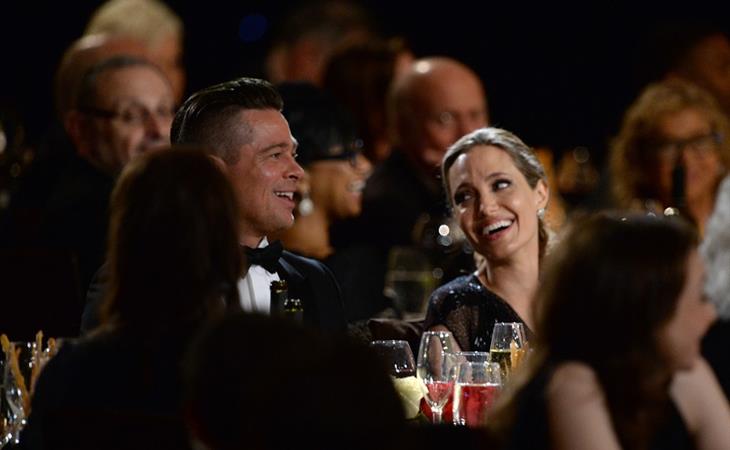