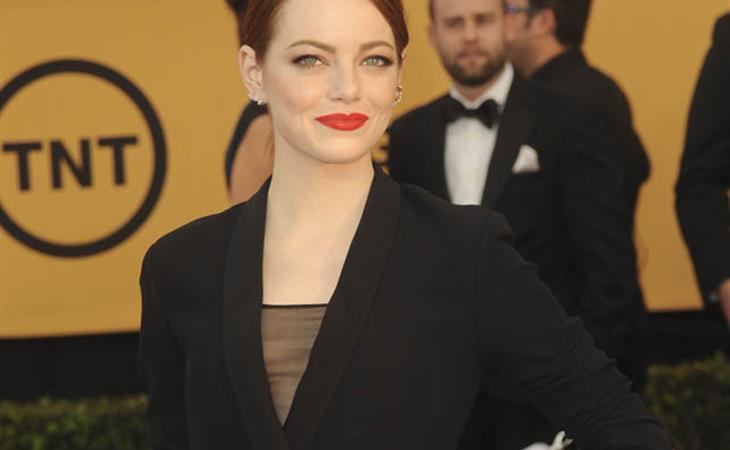 You know that NYT article I referenced earlier in the Reese Witherspoon post? Click here for a refresher. About how there’s no more risk on the red carpet and everyone is as boring as f-ck?

Emma Stone was among those singled out for her willingness to play. To not be the same old sh-t all the time. The same old sh-t is why I decided not to name her Best Dressed at the SAGs even though she’s always the one. Still… how could I not mention her?

A sheer skirt, normally, is not my favourite. Two summers ago the long sheer skirt was everywhere, and pleated, and usually underneath something strapless. Which means it only works on the beach. This, though, is not that. This is sheer under a beautiful cut tuxedo jacket WITH POCKETS. She’s a stylist’s dream. Because it’s not that she doesn’t keep her own head but at the same time she wants to see more than the lame ass wedding gown that the MiniVan Majority has decided is the only way to exist.

Did you see Emma’s interview with Maria Menounos on the red carpet? She was asked about photobombing someone who was trying to creep a picture of her and Andrew Garfield at a restaurant recently.

Ok, so... either I caught a great moment between #AndrewGarfield & #EmmaStone or I clearly got caught and I am officially FIRED as a paparazzi... 🙈👸📷✨😬🙊 #oops with @tstaykova

A photo posted by Alejandra Garibay (@alegb21) on

Maria was trying to sympathise – oh, it must suck, you can’t even have a romantic dinner without someone spying on you. And what I love about Emma is that she just doesn’t allow herself to go there, at least not publicly. Instead, she turned it around. Oh yeah, my life must suck if that’s what I have to complain about. That’s exactly the right way to do it.

Click here to read the new joint NYT interview with Emma and Eddie Redmayne. There’s a voting dilemma. Emma and Eddie are close because of Andrew Garfield. But Emma’s in the movie with Michael Keaton. Whose name would she check off? 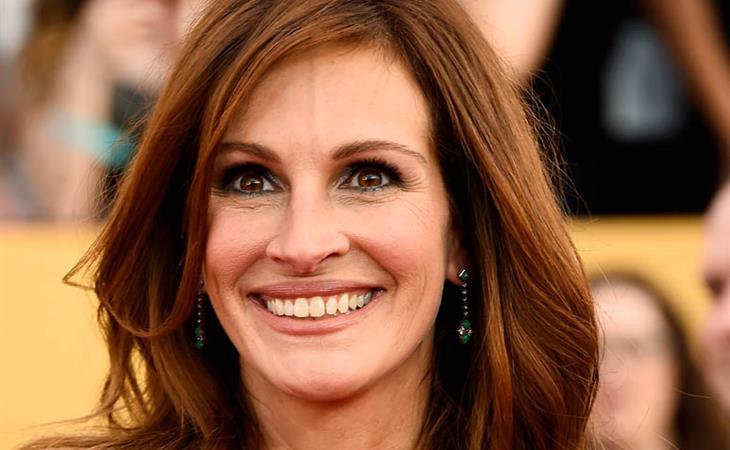 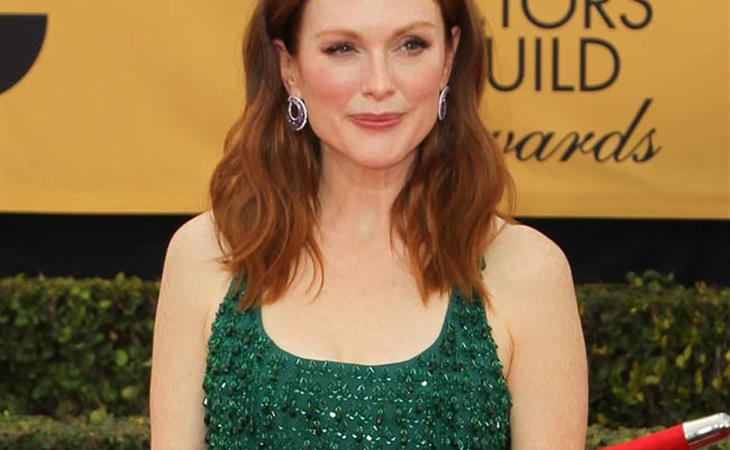