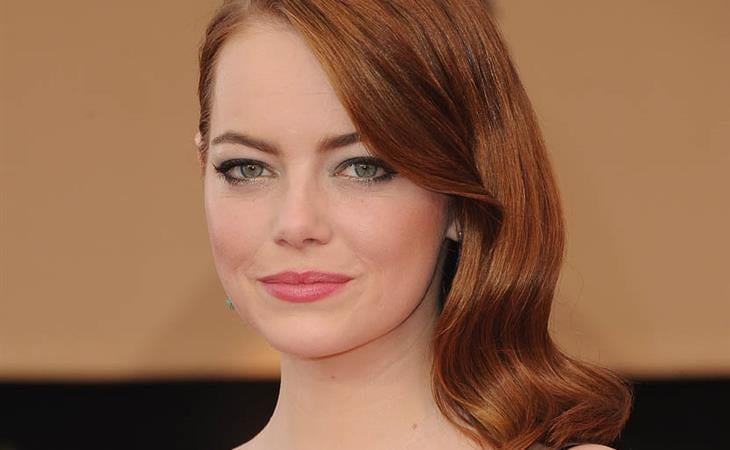 Emma did her job

La La Land was not nominated for Best Ensemble last night by the Screen Actors Guild. It’s still considered the frontrunner for Oscar, especially after winning Best Picture at the Producers Guild Awards on Saturday, but there was definitely work to be done at the SAGs – and, as Awards Daily’s Sasha Stone noted, most of that fell to Emma Stone, since Ryan Gosling was a long LONG shot for Best Actor.

Stone has been tasked with giving the film's "importance" out -- she does a good job.


Nobody knows the La La Land story better than the people in that room. They are the dreamers. They’re the ones who’ve seen the La La Land dreams get turned away time and again. Emma’s job was to appeal to that relatability. And also to argue that all their jobs have deeper purpose. That art is important and can inspire important conversations. Her other job was to appeal for herself. Because, of course, while she’s repping her film’s Oscar chances, she’s also campaigning for her own chance at Oscar. And, again, in this room, I don’t think what happened last night hurt her at all. She was flustered, yes, and not very articulate. But she did acknowledge her colleagues and peers. And what she did land was the line about being insecure – again, in that room, that would play. It might not play to everyone watching at home and some of you might have been annoyed by it, but among the navel gazers in that bubble, it certainly didn’t work against her. Which means she probably maintains a slight lead in the very tight race for Best Actress.

"I’m so grateful to be a part of a group of people that care!" - Emma Stone #sagawards pic.twitter.com/oCCYuxKRmc


As for her dress, I go back to what I wrote in the Michelle Williams post, about the style decisions that are made for a frontrunner compared to the style decisions made by a nominee who doesn’t have much of a shot. You’re seeing the difference in Emma’s fashion all season. You remember this from Emma in 2015 at the Golden Globes for Birdman? 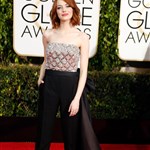 One of my favourite Globes looks of all time. Don’t forget the bustle at the back: 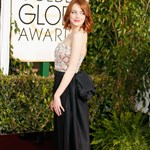 That same year, at the SAGs, it was a tuxedo jacket with a sheer skirt: 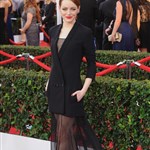 And it culminated in the exquisite chartreuse gown she wore to the Oscars, which ended up as Duana’s pick for Best Dressed: 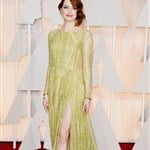 We’ve not seen the same edge and imagination from Emma this season. Instead, every dress is starting to the look the same. Her dress last night at SAGs was pretty much the same silhouette as the one she wore at the Golden Globes. In a parallel universe I’d love to see what she’d wear if she wasn’t in the pole position. 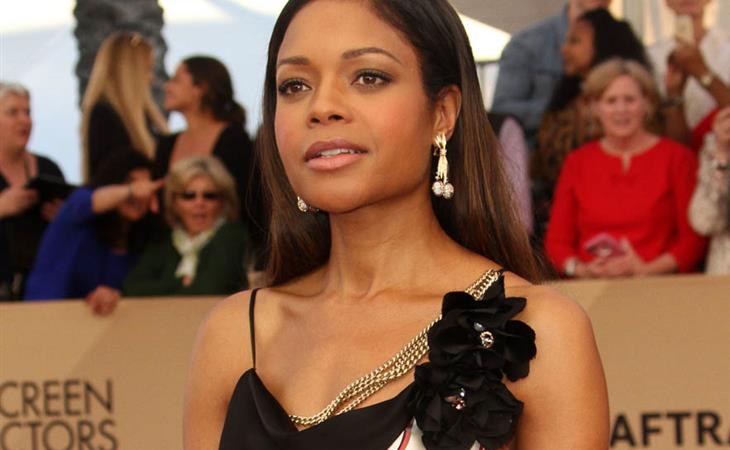 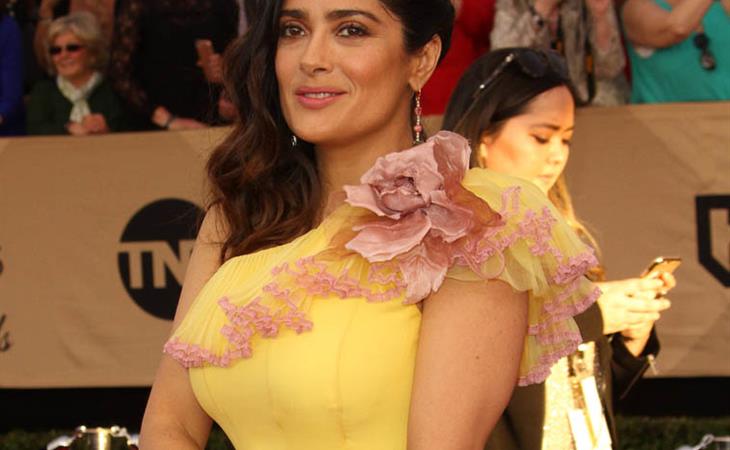