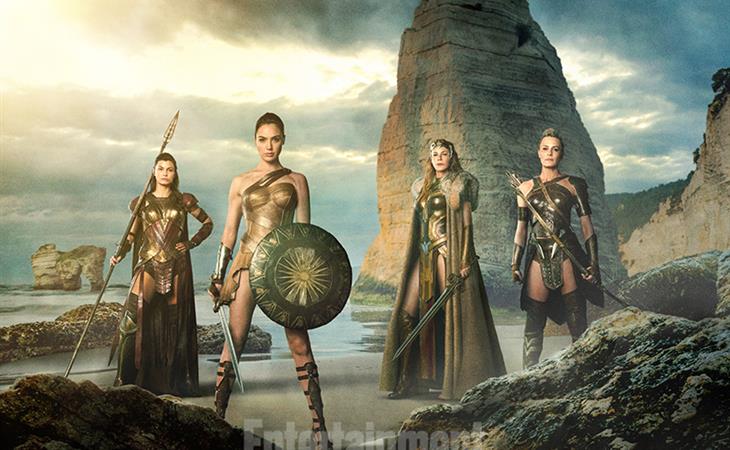 There is a brief feature on Wonder Woman in Entertainment Weekly this week, since she is one of the best parts of Superhero Face Punch—and the only element that successfully generates excitement for a future movie. So let’s take a look at Wonder Woman along with the three women responsible for raising her.

First, she’s not wearing her Justice League uniform, but a more monochrome gladiator look. This is technically our first look at Wonder Woman’s home, Themyscira, where she is Princess Diana of the Amazons. (She’s Diana Prince on Earth.) We don’t learn much about Themyscira except that it’s got a coastline, but Diana has her sword and her shield—love the antiquarian detailing—and even the ludicrous high heels which director Patty Jenkins justifies as “total wish fulfillment”. All the lady heroes have to wear ridiculous shoes so I tend to think of it more as “dumb genre convention”, but whatever.

This is also our first look at Wonder Woman’s mother, Queen Hippolyta (Connie Nielsen, unrecognizable in this photo), and her aunts, Antiope (Robin Wright, who looks f*cking badass), and Menalippe (Lisa Loven Kongsli). I LOVE how these Amazonians look. The costumes are beautiful and the weapons are cool, and I’m super into the emphasis on Wonder Woman having, essentially, three moms. Of course, classically, the Amazons were an exclusively female tribe, but in today’s climate it feels more like a sly meta-comment on feminine power than a nod to classical mythology. There is so much fear of women and feminine power still in the world, and here comes Wonder Woman, the alpha-prime female superhero, from a land of women and raised exclusively by women, and she’s man’s great hope for a better future. That’s a pretty great hook. 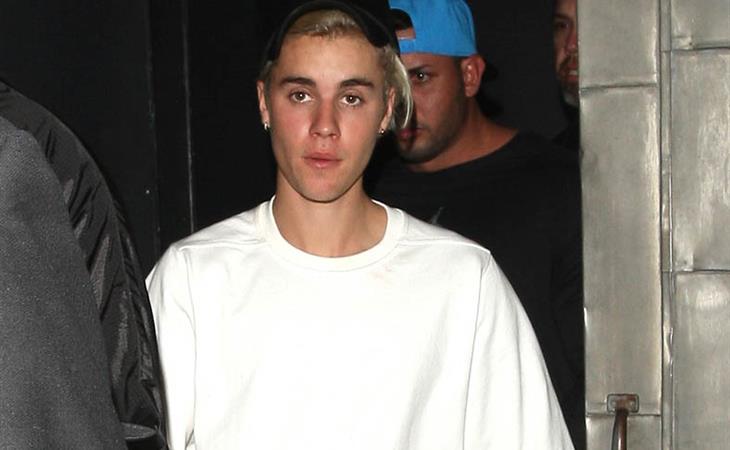 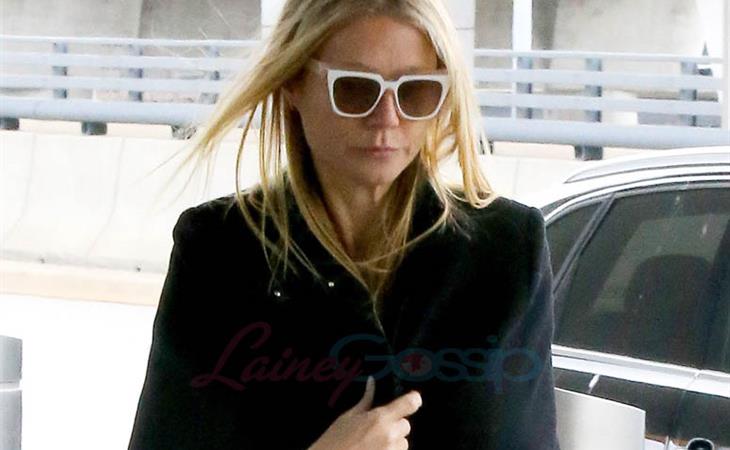