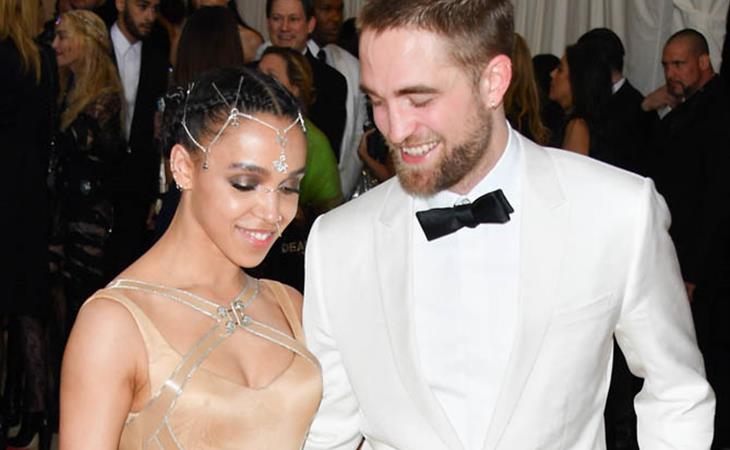 There have been all kinds of rumours lately that FKA twigs and Robert Pattinson called off their engagement and they’re done and whatever because they’re not rubbing up on each over every day on Instagram. Last night they showed up together at the MET Gala so there’s your update.

Last year at her first MET Gala, twigs wore a penis dress – click here for a refresher. This year it was Versace. And she elevated Versace. She elevated this Versace with her own special touch – the headpiece, which makes Madonna’s look even dumber – and an intricate tattoo on her back that was applied just before the event. It’s really too bad about the shoes though. And his hair, cut short for a role, probably. Also, I’m not into his white jacket, especially when paired with her. There’s too much going on between them. If he’d been in all black, their effect together would have been much sharper.

You know what I like about these two? I mean I can’t begin to understand why and how it works but it seems natural between them, nothing forced, and nothing precious. Someone sent me this video last night of them before the event, as she was getting ready and you can feel their nervous excitement like a normal, real thing. They seemed that way on the carpet too. It’s endearing. And it makes you root for them. 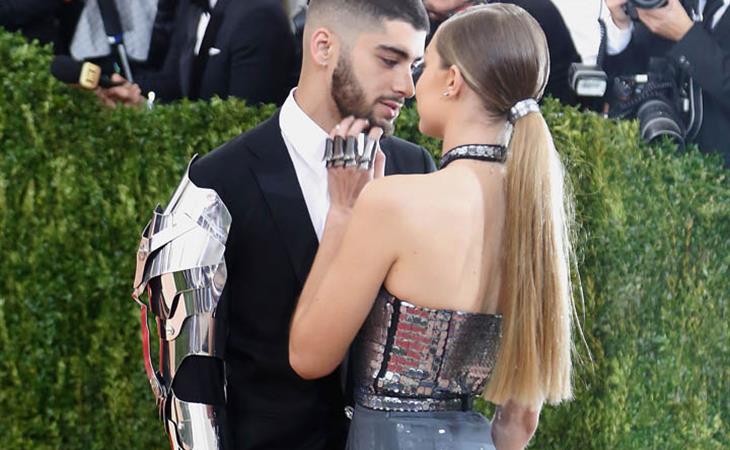 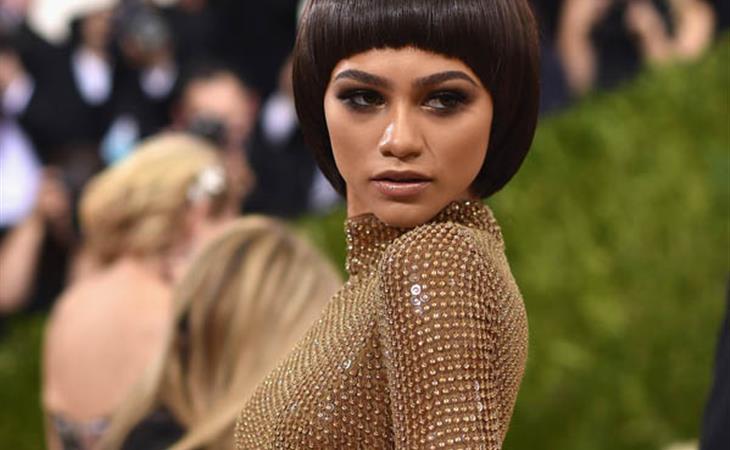