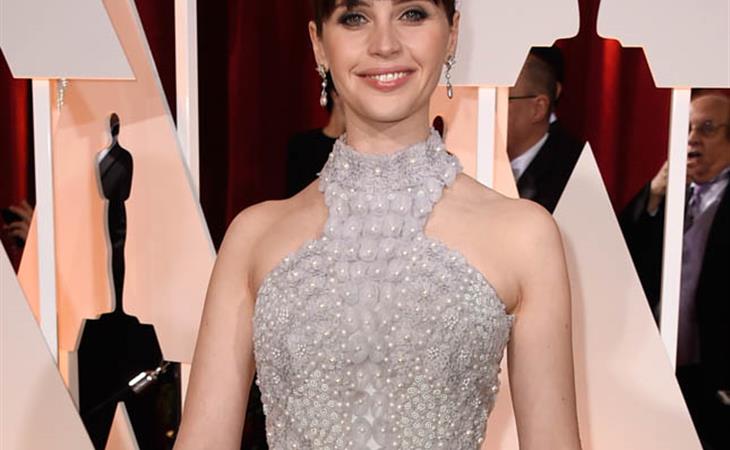 Felicity Jones certainly wasn't the best dressed (or even the best dressed Brit) at the Oscars in her dove gray Sarah Burton for Alexander McQueen gown, but she did win another title. While she went home empty-handed as a Best Actress nominee, she had the best non-side eye cutaway reaction shot of the night.

When Eddie Redmayne won Best Actor for his uncanny embodiment of Stephen Hawking, she was thrilled for him. Before making his way up to the stage, he kissed his wife Hannah and gave Felicity an enormous hug before taking the stage.

She's genuinely proud of her friend's golden moment. I've been watching this gif on loop for about 10 minutes. Ok, 15. It still hasn't gotten old.

So when he gave a shout out to his "staggering partner in crime, Felicity Jones," she sat there clapping before mouthing, to camera, "I'm clapping for myself!" Check out this expression on her face:

That's the look of both severe embarrassment and sincere joy. She's so happy for Eddie that her awkward self-conscious correction didn't even matter, making her reaction all the more endearing. Remember too, this is somebody who just presented at the Oscars with Chris Pratt, but she saved up most of her excitement for her co-star.

Felicity first won our hearts in 2011's Like Crazy, a must-watch mostly-improv relationship drama with a young Winter's Bone-era Jennifer Lawrence. Would recommend. I remember when Lainey and I worked the InStyle Toronto International Film Festival party together that year, and what a breath of fresh air she was during our interview on a crowded red carpet. It was only a matter of time before she became more well-known, and with the Star Wars Princess Leia rumours swirling and Inferno with Tom Hanks on the horizon, Felicity still seems as grounded now as she did then. 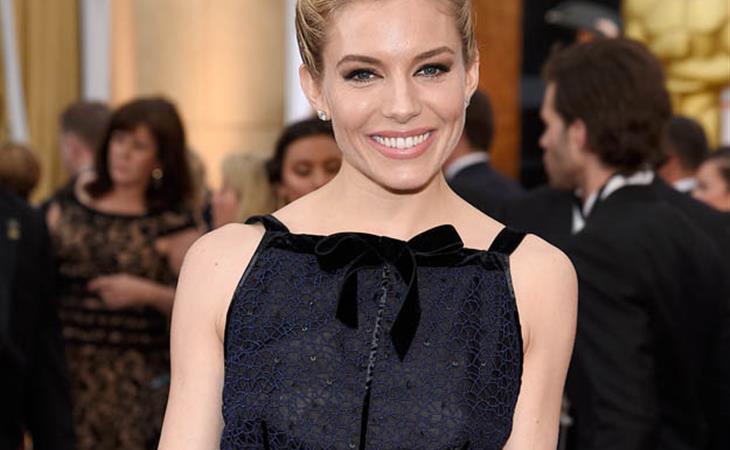 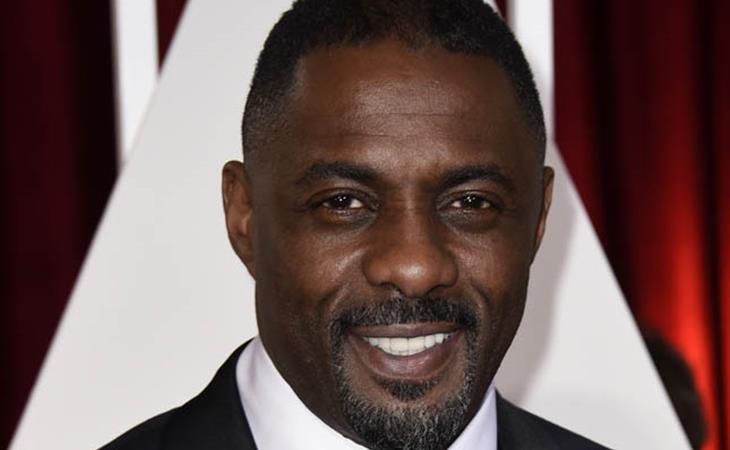