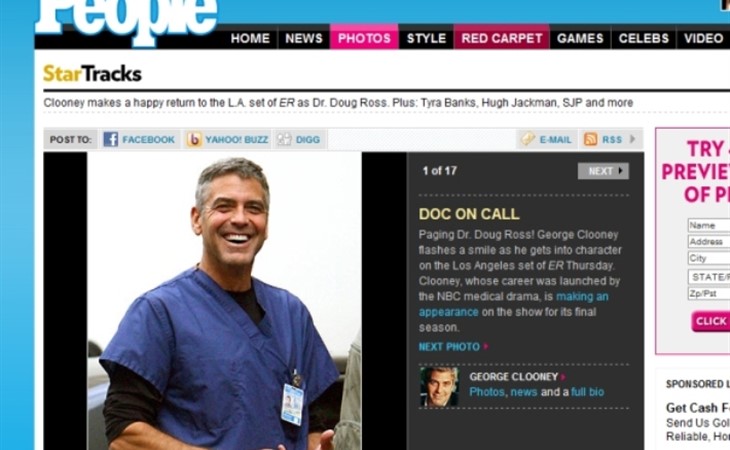 George Clooney on the set of ER in scrubs – Doug Ross is back! And he looks great!

Storyline not yet confirmed and no reports of Nurse Hathaway Julianna Margulies changing her mind and making a visit too so it sounds like for now, Dr Ross’s return is solo. And obviously he’s at the hospital. So a baby must be sick? Pediatrics, right? It’s been a long time.

No word yet on airdate but obviously, it’s George Clooney, it has to be during sweeps. So either February, which seems too early and rather anticlimactic, or May which makes more sense. I’ll watch. Will you?

Nobody puts Cheesy in a corner