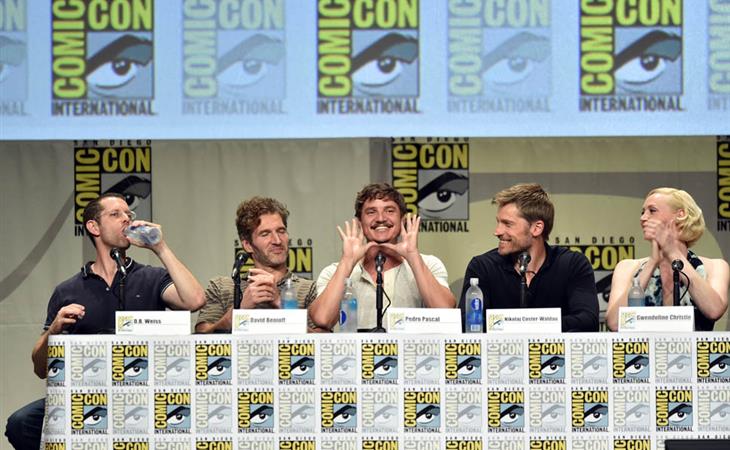 Game Of Thrones: looking back and ahead

As expected, the Game Of Thrones panel at Comic-Con this weekend was a big deal. And it was a chance to say goodbye to a couple of our favourite characters. Also a look-ahead to Season 5. So here are Gidget and Oberyn Martell alongside Jon Snow and Arya Stark and the Hound and Brienne of Tarth and Jaime Lannister who, for me at least, is quickly becoming the Pacey Witter of this show. WHAT?

Season 4 was amazing. And Oberyn Martell had a lot to do with it. Now that he’s gone though, how will they replace that energy, that badassery, that draw?

Apparently with his brother. And Oberyn’s illegitimate daughters. I’ve not read the books but HBO has released a casting video introducing the new characters and several of them are Sands. The Red Viper spawned several Sand Snakes. One of them is Whale Rider! If they’re anything like their father, GOOD. Because Daenerys has been sitting around doing a whole lot of nothing.

Oberyn’s brother, Doran, is probably pissed that the Lannisters killed him through his face. Turns out Doran has a son, Trystane. I’m going to say he might be the Chuck Bass of Westeros who hits on Myrcella Baratheon. And finally, Jonathan Pryce is the High Sparrow, some kind of priest. I guess Westeros has a Xenu. LOVE this.

And I love the blooper reel too. All shows, movies etc should make these more widely available instead of attaching them to DVDs that no one buys anymore anyway, if anything to help us all appreciate the acting. It was so tense and awful when Tyrion was on trial. Meanwhile, in reality, the actors spent their time f-cking around, doing a little dance, cracking up the crew. When they can go from that to this, and edit it all together to find the drama and anxiety, doesn’t it go a long way in reminding you of the work that goes into entertaining all of us? OK, fine, I just like hearing Tywin Lannister say “f-ck”. 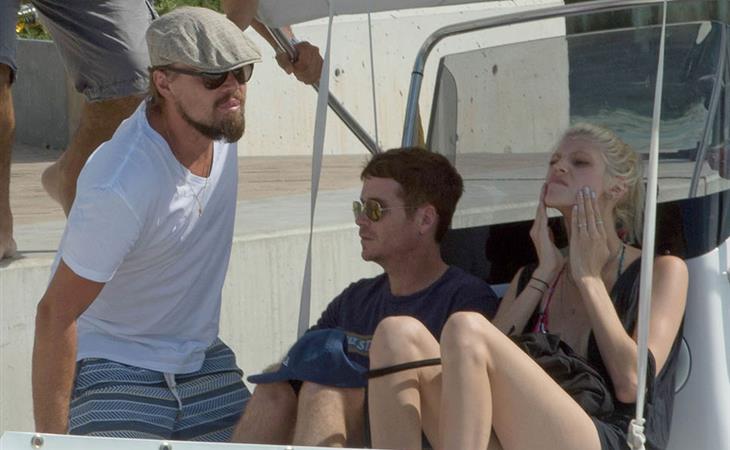 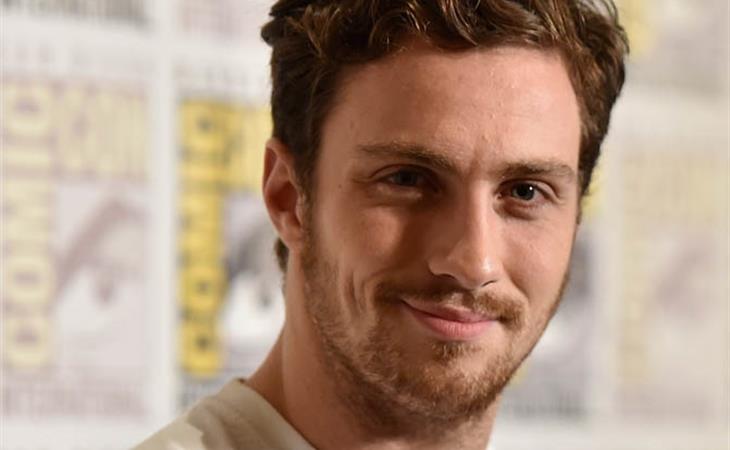 Singling out an Avenger