George Clooney took Elisabetta Canalis out for sushi yesterday – photos are below. The Italian Queen is still very much a part of Clooney’s life even though Italian tabloids are reporting that she stepped out on George recently with Clarence Seedorf, a soccer player. Thanks to Giulietta for sending along the link. Apparently Elisabetta was flirting heavily with Seerdorf and Italian gossips are suggesting she may have f-cked him in the hotel.

The article is amazingly funny after translation. They write with such cheese flair and lack of political correctness, so blatantly and yet (for them) so obliviously offensive it’s actually kind of hilarious. My friend LB who is Italian translated for me. I have not edited her comments which are bracketed because they cracked me up:

When George is away Elisabetta dances. From one moment to the next, everyone expects pictures of George in the company of another beautiful girl. Instead, no. The one to be papped in the company of another is actually she - the beautiful Canalis. The other in question is Clarence Seedorf, of Milan (soccer) and former teammate of Elisabetta's ex, Vieri. [she dated Vieri? lucky bitch]. The couple, black and white as is all the rage [WTF? italians are so un p.c.] was papped by Novella 2000 and in the photo in question they can be seen in intimate poses, exchanging kisses and tendernesses. [whatever - you know what i mean]. The encounter took place in London where she remained with her assistant for fashion-related work after Clooney's Up in the Air presentation. The two met at a luxurious London hotel while George was back across the ocean.

So is Elisabetta cheating on George?

She is many things, but she is not stupid. The others before her? The Sarah Larsons of the world? They were stupid. You don’t get to where Canalis has gotten by being stupid. So it’s doubtful that she’s being unfaithful. Is your smutty sense tingling? Because mine is. Who’s to say she’s not sharing Seerdorf’s friendship with George? Perhaps he’s a wonderful conversationalist. Maybe they have the same preferences. This is how she keeps it interesting, see? 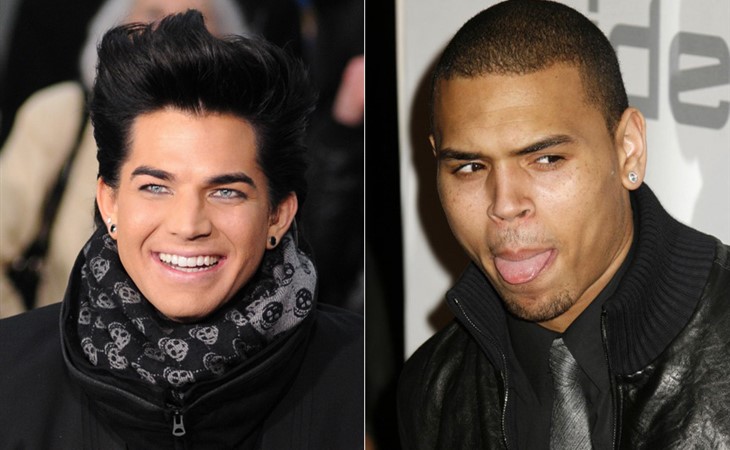