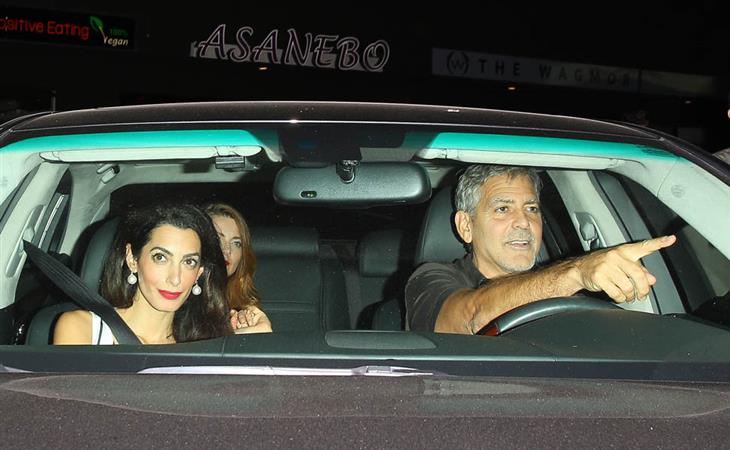 A year ago yesterday, Amal Alamuddin married George Clooney in Venice. The whole world was invited to watch them along the canals that weekend. Now they’ve made it to their first anniversary. Is that what you expected? Or did you think it would go the way of many Hollywood marriages – major expense for the wedding only to fall apart after a few months. It’s not that I have faith in celebrity commitment, but it’s that I have faith in her decision-making.

Anyway, here are the Clooneys on Friday night, after a sushi dinner in LA. Guess they couldn’t celebrate in London because their estate is currently under renovation. Apparently they’re putting in a huge pool, a theatre, and a tennis court. And the neighbours are pissed because all the work is loud and the crews and the machines all over the place are an eyesore. Click here to see photos of the work that’s being done. That’s what they say now. Will it change when/if the Clooneys invite them over for an open house and start hosting block parties? Or is that considered super low classy in England? 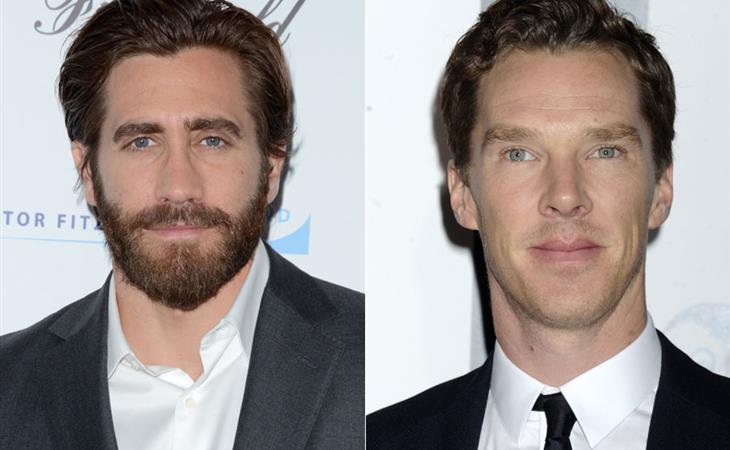 Neither Benedict Cumberbatch nor Jake G are playing Nikola Tesla 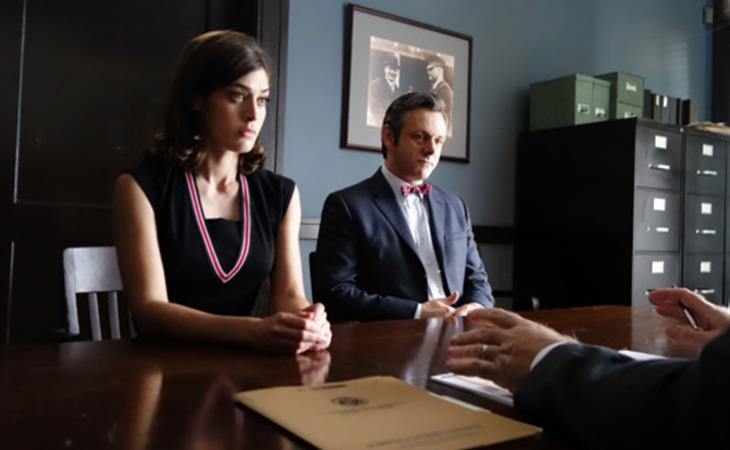