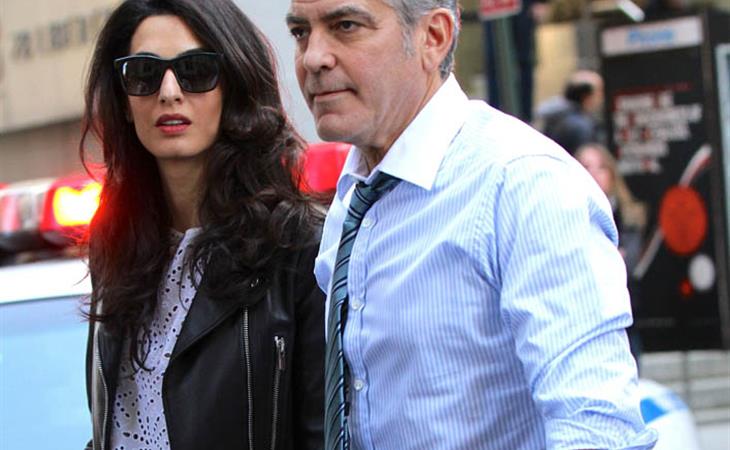 It was a working weekend for George Clooney as he continues to shoot Jodie Foster’s Money Monster in New York. On Sunday they were all outside. So Amal stopped by to visit with the dogs. Dogs?

George has talked often about Einstein, the black cocker spaniel, in interviews. As you can see, Einstein has a sibling now. They’re saying the blonde spaniel was a wedding gift from Amal. So the entire family has relocated temporarily to NYC for the duration of production. That’s probably the only way I can relate to the Clooneys. We too have two dogs. And they go everywhere. They are the children. They are more than enough.

Is that how it is with the Clooneys? There’s been all kinds of gossip about how Amal wants kids, that she may or may not leave him if he doesn’t give them to her. I dunno. When you marry a dude in his 50s, shouldn’t you have that figured out before you get married? George turns 54 years old in a month. Two days after the MET Gala, actually. Which is what I’d rather talk about over babies. The Clooneys are totally going to the MET Gala, right? Anna Wintour wants them at the MET Gala, right? 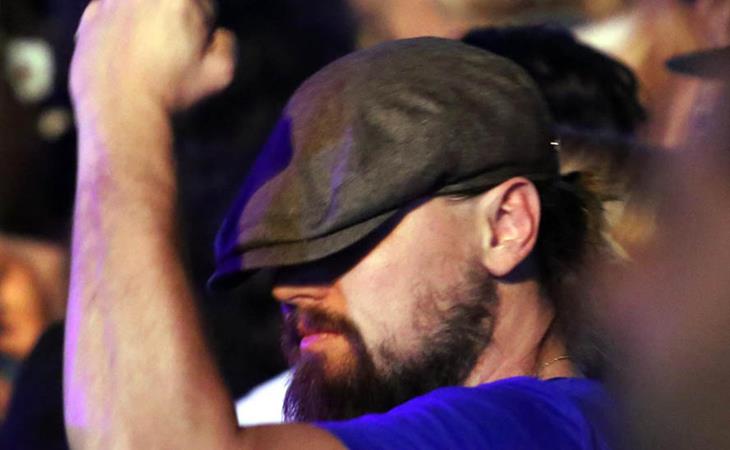 Leo at Coachella: an annual tradition