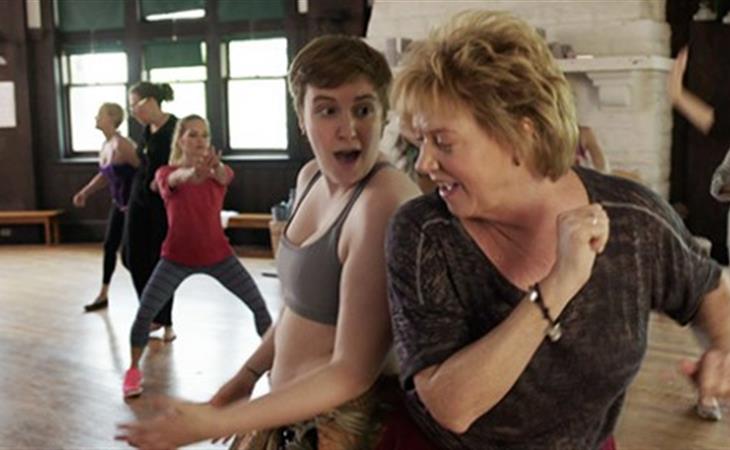 One of the reasons the scenes with Hannah’s parents have always been so good is that she doesn’t pretend when she’s with them. The ‘Brooklyn Hannah’ attitude that allows her to inform people about the conscious choices she’s making in reading material for her junior high students or sexual liberation with a yoga instructor kind of fades away because her parents already know who she is, and love her anyway. Even though she doesn’t brush her teeth.

So I was a little bit charmed by this episode that discusses whether or not you’re allowed to be unhappy. Is Lorene allowed to be unhappy in her marriage? When she says her husband is gay, everyone looks at her, “…And?” Is she allowed to be unhappy and want it to change, or is it that she wasn’t, actually, unhappy, and thought she should pursue something more? Is she being told to settle, and valuing Scrabble and ‘kindness’ over a genuine passion—and is she telling Hannah the same thing?

I feel like Hannah’s happiness with Fran is a construct we’re supposed to be doubting, which is great for the show but which is terrible for Hannah. Because everything we’ve seen is that he’s reasonable, and would work out whatever. As Hannah points out, he’s really great…even to the point where he might be able to take her experimentation with her teacher in stride. She’s happy…or she looks happy. Is she allowed to start to mess with it?

My joy in returning to Shoshanna in Japan was not unfounded, as she takes her former boss, Abigail, to see everything that she loves about Japan, which sometimes ‘seems like you dreamed it up’.  Everything about Japan is exactly right for Shoshanna—the outfits, the stores, the cat cafes, the sweet and good looking and somehow virginal boyfriends—and her Japanese really seems quite good, so…why isn’t she happy? At least, that’s what you’d think people would ask, and what she’d be asking herself. “I’m really sad, and I’m really lonely” is the response, and I’m not gonna make big blanket statements, but…yeah, that’s what I heard from a lot of people who were living in Japan and found it ‘totally amazing’. It can be really isolating. So…if you’re in a place, or a job, that is perfect for you, and you’re still miserable, is that on you? Or on ‘what’?

It’s also a question that comes up at Jessa and her sister’s purely delightful catch-up lunch. Note that Jessa and Adam are extremely well-suited (sorry if you thought I was more sophisticated than I am, but I laughed my ass off at their sex roleplay/game), and into each other intellectually as well as sexually. But she still says “oh you can sleep with her, I won’t be mad” to try to establish that she and Adam aren’t ‘typical’, that they’re not a boring conventional couple. She betrays herself, though, with the talk about how much she loves her work and wants to be a therapist more than anything. If something becomes hard, like a class she doesn’t like or a breakup that jeopardizes her tuition (I’m not predicting here, but I mean…you know?), is she still going to love being a therapist? If not, is that her fault, or not?

I’ve said before that this season of Girls is so good partly because the decisions they’re making now, as opposed to five years ago, are pretty sober. They’re decisions that could actually affect how the next parts of their lives go. They’re constructing trajectories. So even though Hannah is a narcissist, I assume she’ll never think about the yoga instructor again and that’s great. Her focus remains on whether Fran is good for her or not. What else is good for her or not. Similarly, Shoshanna, in ‘outer space’, has to figure out how or if she’s going to make herself happy again. These are big decisions. They make for good TV.

And Adam and Jessa together are so charming I am in danger of fawning. 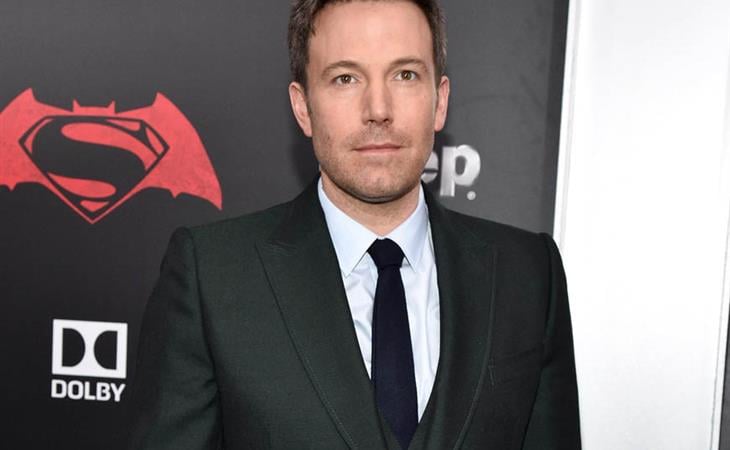 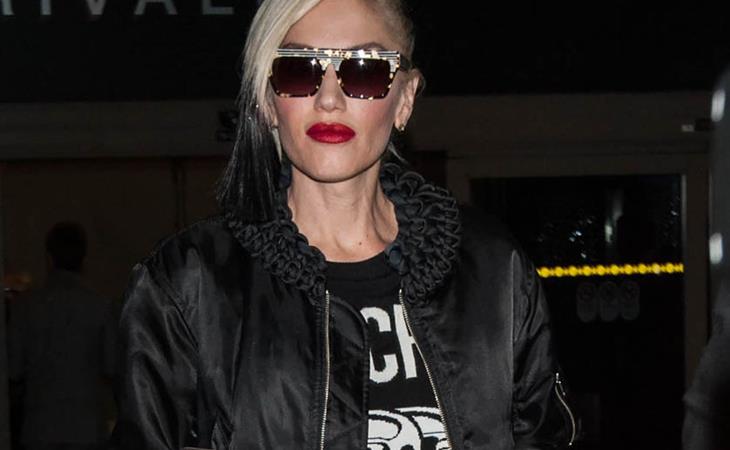