The Work of Girls

I know the world needs less narcissism and not more. Still, indulge me for a second in thinking that the fact that I wasn’t able to watch the third episode of Girls season 6, “American Bitch”, until now is fortuitous, not unfortunate.

The whole season has been rocketing along with stories that move and do stuff, with Riz Ahmed having a great time, Joy Bryant having a great time, and the scripts pushing all the characters to say all the things they’ve been waiting six years to say, but this episode seems extra relevant in terms of what we’re talking about this week. I don’t think that’s by any particular design, but, not unlike TV dramas that involve school shootings, an episode of television about a charming, talented man who refuses to admit he took advantage of a woman is going to be perennially relevant.

Whether it airs before or after the Oscars.

I think the charming and talented part is important to put up front. You’re supposed to like Chuck. You’re supposed to think he’s charming, like his self-deprecation, find his points reasonable. I am extra-predisposed to do so because I love Matthew Rhys (although, if you didn’t love him in this, you might be unmoved if I tell you The Americans comes back tonight), but I believe firmly this is the point.

When women make accusations of improper conduct of high-profile men – and remember you don’t often hear about them until there are at least four or five of the same accusation—part of the ‘nobody believes her’/ ‘she’s looking for a story’ backlash is “But he’s such a great, talented guy, whose work I love!” Witness the narrative around this year’s Best Actor winner, or Brock Turner, or any other beloved figure who was accused of sexual harassment or sexual aggression or rape.

This is what kills me. Of course he is. You expect that everyone who does something despicable is going to be untalented and unattractive? You are doing yourself a huge disservice. Of course he’s talented and charming. Of course his talent is sexy, his banter is high-level, and him telling Hannah she’s smart—and he’s not lying, she knows enough to know he can tell she’s smart—turns her on. Oh, and of course he’s neurotic about shoes and things, which waves away a whole host of weirdness.

That’s part of the diabolical nature of all of this. It’s part of why, even though Hannah walks into the apartment utterly clear-headed, and even though she does not let him get away with any excuse in the first ‘act’ of their visit, she will question some of her choices after she leaves. Her ‘story’.

In fact, ‘she wanted a story’ comes up over and over again. As an explanation for why women ‘come up with’ these narratives when they meet famous men.

In Hannah’s case, she wants a story literally… despite the fact that he contacted her over one she already wrote, I assumed it was agreed between the two of them that this visit might also become a profile. “She wanted a story.” He also gets to choose which stories are important. “You should be using your funny to tackle subjects that matter.” Then when she tries to explain why his forcing a woman to do something she doesn’t want to matters, he picks up the phone. Not listening.

In fact, the show lets Hannah have win after win when she talks to Chuck in the early part of the episode, despite the fact that he won’t remember. She doesn’t let him off the hook. Often reviews of Girls focus on the moments Hannah makes a mistake or a bad choice, but I defy you to find another one to hang onto. Later, when she acquiesces to lie down on the bed with him, he puts his dick on her leg, and she touches it. Squeezes it for a second. Something that is unexplainable. But relatable?

(“Why would you touch his penis if you didn’t want it to be there?” “I was trying to figure out if I existed. If it was real.” “You were trying to find out if you were real? Your honour…”)

To me, the most important image of the whole episode is Chuck’s face after Hannah sits up and yells at him. His goddamn maddening face, his grin that is not just supposed to look bedroom-eyed (I guess) but full-on Big Bad Wolf ‘gotcha’. He has proved to himself that they had a ‘connection’, or that if she didn’t want it she wouldn’t be there, or that she’ll never be able to explain herself out from under the “Okay yes I touched his dick, but it’s not like that.”

It’s worth noting that the shirt Hannah wears in the episode is the same one she wears on the cover image of the final series. This is an iconic moment. Hannah’s utterly singular, obviously—but notice too all the women who walk toward Chuck’s apartment as she walks away. All young women. Faceless.

All of their stories don’t matter, because he’s that much more famous and interesting, and she wants a story but he has a story. Many of them. Effortlessly.

The utter joy of Girls letting its characters grow this season is that they are figuring out what we’ve been talking about this week… you can be both. Hannah and Marnie can be wrong about some things, but still right about others. You can trust that the writer you lie down with won’t do anything weird, and you can be wrong, but it doesn’t negate the article you already wrote about him.

In the end, this is what the episode justifies—that you have a story even if it’s imperfect. You can call out someone who’s gross even if you found out he was gross in a way you’d rather not explain to your parents.

Every day this message gets louder: IT CAN BE BOTH. Emma Watson can be a feminist no matter what she wears in a picture. Chrissy Teigen gets to talk about postpartum depression even though she gets to go to the Grammys and Oscars and looks traditionally beautiful. David Letterman can be an old man who only cares about the punchline his writers’ rooms generated AND care about the fact that it systemically excludes women.

Girls has made a point of making its characters sometimes unbearably flawed, but this is why.

You can be flawed, and right.
You are flawed. You are also right.

If that was the only thing the show ever did – and it isn’t – it would be worth it. 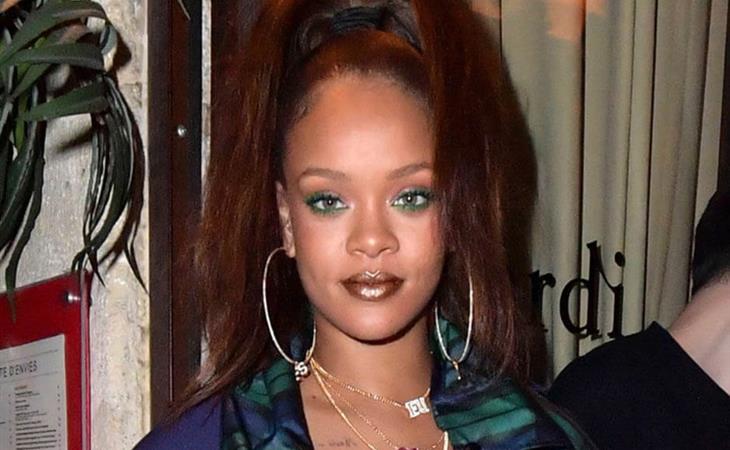