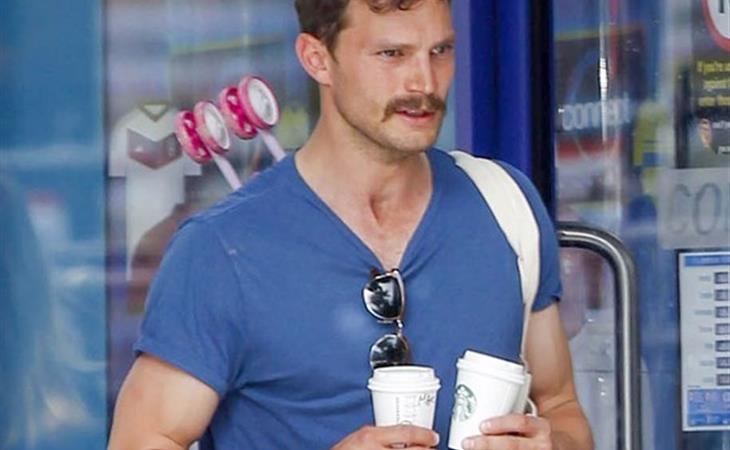 Yesterday, Lainey wrote about the #AskELJames hashtag hijacking (click here for a refresher) and, having read the book, I can understand where (and who) those tweets are coming from. People like me who spent $11.99 on Grey.

I’ll start with the bad and get to the worse (things won’t get better): Grey is not the worst book I’ve ever read. That distinction goes to Revenge Wears Prada, the follow up to The Devil Wears Prada (a book I didn’t love, because I disliked every character except for Miranda, but I loved the movie). What I hated about Revenge is the same thing I hate about Grey: it’s depressingly cynical towards its audience. It’s a blatant grab at a sequel (for Revenge) and for another series/more films (for E.L. James). Both books give the audience what they want, not what they need. Reading both, I was overcome with a feeling of literary gluttony. Stuffed but not satisfied.

Lainey and I spoke before I read it, and she said not to expect Franzen. I didn’t, but I also didn’t need the book to be 500+ pages. It’s longer than Life After Life, and almost as long as The Goldfinch. Grey could have worked as a novella, maybe?, but there is no economy in language. Everything is drawn out beyond its natural course. Christian doesn’t pour a glass of water. “From the refrigerator I take a carton of cranberry juice and a bottle of sparkling water. I mix them in a glass and head upstairs.” This is one example but everything is like this; the syntax takes mundane prose on the most circuitous route possible. Hence the 500+ pages.

Also the language (which was also a problem with 50 Shades) – no one uses the word “vehicle” in conversation. It’s car. I don’t care how rich he is or how naïve she is, no one says vehicle! It takes you right out of the middling dialogue, which is copied directly from 50 Shades as this is a scene-by-scene retelling.

Since this time we see everything from Christian’s perspective, we are supposed to get insight into his childhood and issues with women. We don’t, because it’s so obvious from the get-go in both books that there isn’t anything revelatory or shocking on that front. He also thinks exactly like he speaks, often referring to himself as a “pretty face.” As a person, he is derisive, impatient and condescending, particularly towards women who dare look at him in the eye. In Christian’s words, that’s a definite sign that you want to f-ck and aren’t submissive. He hates it when women “moon” over him. He also hates when anyone with a vagina stands up to him, talks back to him, or behaves in ways he deems unbecoming of a woman.

But who cares about character, what about the sex? That’s boring, too. There is absolutely no differentiation between Christian’s internal thoughts and his external life, so what you see from Ana’s perspective in the first book, you get from Christian in Grey. Sure there are more swear words (and there’s no ridiculous Inner Goddess to be a proxy for female horniness) but sex from Christian’s perspective is actually quite ordinary.

The only tinge of interest I could muster was for the small bits of conflict James introduced, but refused to explore. When his mother shows up at his home unannounced, he asks Ana to meet her but doesn’t want her to interact much with his family. He did not want to bring her home for dinner. This could have been interesting – he doesn’t want her to meet his family but does it anyway. If this was dealt with, either internally by Christian or externally with another character, it would have been more interesting than another round at the piano.

At the end of Grey (spoiler alert, I guess?) Christian is not love in with Ana – at least not consciously. He occasionally thinks about sex with other women. I would have really liked to see this be the centre of conflict (instead of the paint-by-numbers mother issues). If Christian were to mourn his old life, even a little, that would be interesting. If he thought for a second about dumping her, that would be interesting. There could never be any reasonable expectation of suspense– if you’ve read 50 Shades, you know the story. But there’s no spark, no imagination, no fun and no base escapism with Christian. Grey is very, very beige.

Attached – Jamie Dornan in London yesterday with his wife and daughter. 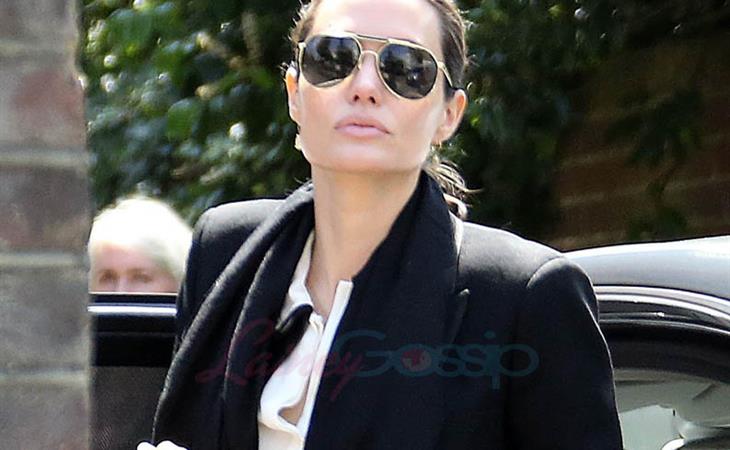