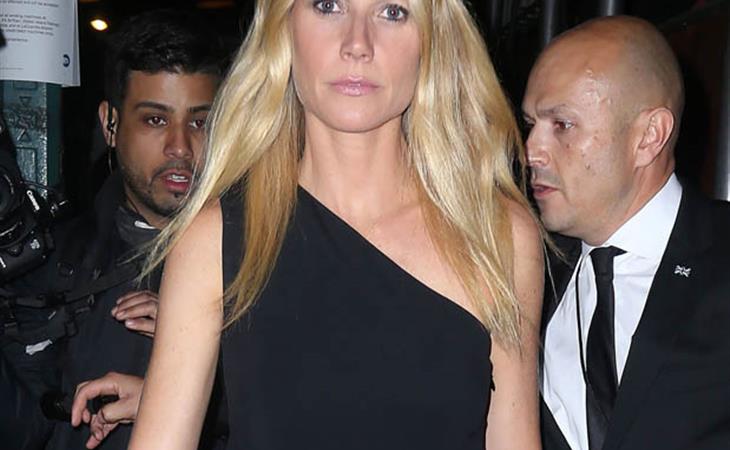 If you hate Gwyneth Paltrow, and so many of you do (which I’ll never understand because what would gossip be with only Kate Middletons and no Gwyneth Paltrows?), this is your birthday. G appeared last night on the Red Nose Day special on NBC. She was supposed to be like some kind of action hero, jumping down from a helicopter, rolling onto the roof, and arriving on stage on a wire, strapped into a harness….only the harness got stuck. Because God is clearly a gossip. So she ended up suspended above the arena with the contraption cupping her like a jock strap– basically the most unflattering position for anyone ever. 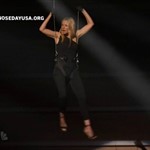 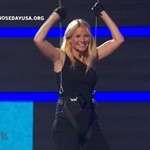 Since she’s a professional, goddamn-it, G went on with the program, even though that must have been embarrassing as f-ck. It’s for charity, after all. Later though, once she’d been detached, she came back to do a bit with Seth Meyers.

In other Gwyneth news, she and her business partner Tracy Anderson are featured on the cover of the new issue of Hamptons magazine. They’re launching a new food line called 3 Green Hearts. And they’re opening another Tracy Anderson studio in East Hampton. The article is supposed to be Gwyneth interviewing Tracy. Which is weird. Because as Anderson’s collaborator on these endeavours, G’s supposed to know the answers to her own questions. Naturally, then, the conversation becomes about Gwyneth herself. Specifically how Tracy can find ways to kiss Gwyneth’s ass. At one point, for serious, Tracy actually calls G an “iconic entertainer”. I’m warning you, if you had any joy looking at those shots of her hanging awkwardly from the harness, reading this article will kill it. That said, G’s styling for this editorial is amazing.

I LOVE these brogues: 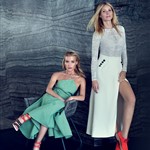 And this dress with the pointed toe flats: 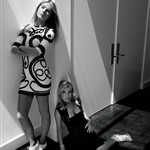 Click here to see more photos and to read the piece. 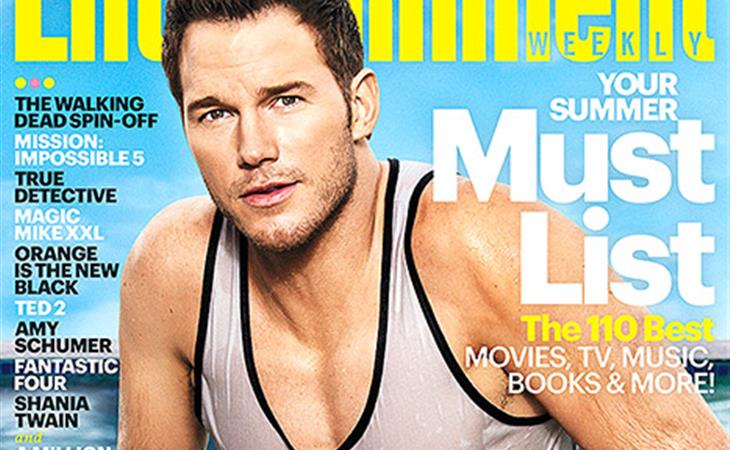