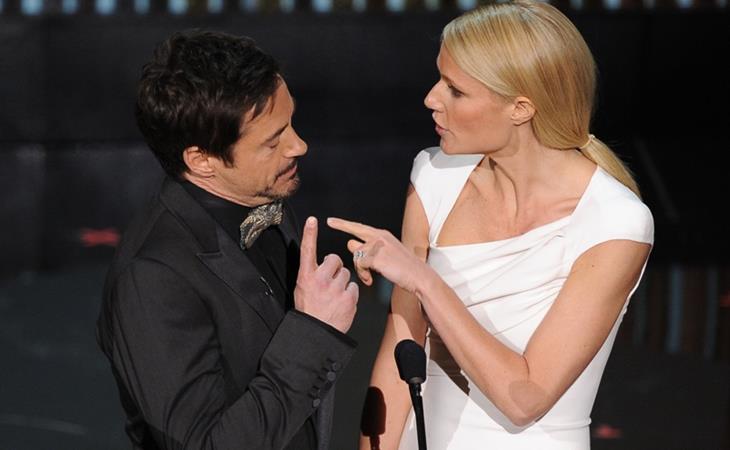 But why can’t it be Iron Pepper? After all, she wears the suit now, and don’t yell at me about spoilers because that scene is in the trailer. I saw Iron Man 3 in a screening room on the Disney lot on Saturday which ended up being cooler than I thought it would be. Can’t say much about it yet except that I now have a raging, raging, RAGING hurt for Robert Downey Jr in a Five List kind of way, only more. Like we should be together for life. Or is it Tony Stark? What’s the difference!? Yesterday at the junket he walked by me in the hall and, in response to my bright orange pumps, nodded “Shoes”. I might wear them with everything now.

And how was Gwyneth? She was exactly. Exactly what? Just exactly. Whatever you’re thinking, exactly. I’ll write more about this later in the week. The Hollywood premiere is on Wednesday and there will be good pictures.

I can tell you though that we talked a lot about RDJ and their relationship and, yes, it is as it looks -- he’s an irresistible goof, half child, half brother, and he tries to exasperate her every chance he gets, and still they adore each other.

Here’s a good example of it that’s going viral right now -- G and RDJ at the London presser for IM3. He calls her a snob, then tries to say sorry by coming in for a nuzzle, and she flicks him in the face. You see her expression? As she looks to the sky like, God, what I have to endure...?

As RDJ’s work wife, Gwyneth endures what RDJ’s real life wife does at home and on red carpets too. Have you seen this? 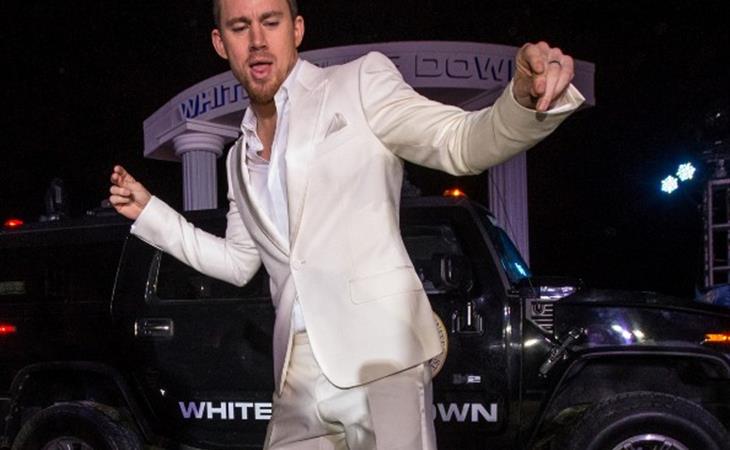 Ryan Reynolds vs Will Smith