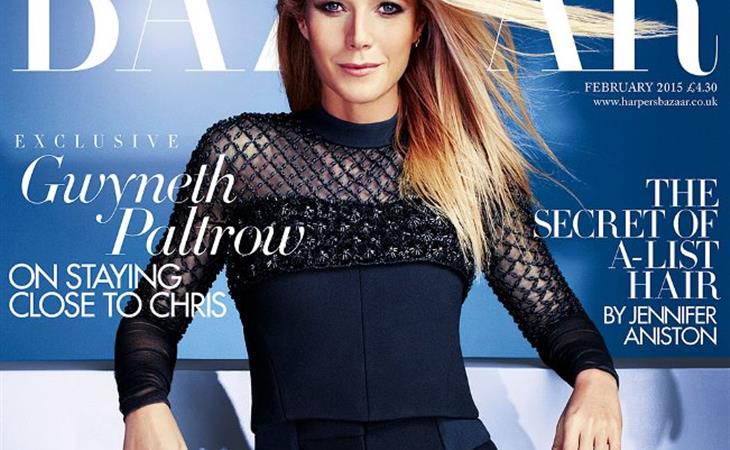 Last New Year’s Eve, Gwyneth Paltrow and Chris Martin were in Hawaii – click here to revisit those photos. We didn’t know it at the time but it they were trying to save their marriage. They tried for three months, even making the rounds during award season together, before finally announcing their decision to Consciously Uncouple.

Well, they live across the street from each other in Los Angeles. They still spend a LOT of time together. Only now they’re free to (openly) see other people. It’s been the closest celebrity split, the opposite of ugly. G will open 2015 by promoting a new film, Mortdecai. Which is why she’s on the cover of UK Harper’s Bazaar. She says Mortdecai is really a movie about marriage. So she’s actually talking about hers, in more detail that she has up to this point:

“It’s painful, it’s difficult, it might be easier to say, ‘I never want to see you again,’ but what good does that do anyone? We’ve made a lot of mistakes, and we’ve had good days and bad days, but I have to say, I’m proud of us for working through so much stuff together – and not blaming and shaming.”

What about all those rumours that they’re getting back together? That after a year of being free to f-ck other people, any second thoughts?

“Of course, there are times when I think it would have been better if we had stayed married, which is always what your children want. But we have been able to solidify this friendship, so that we’re really close.”

As for why they broke up, Gwyneth doesn’t specify any one reason, but she does talk about how young Chris was when they fell in love. And she was mourning the death of her father at the time too. So that combination of youth and despair…

“Too young. Men are very young at that age, and I was relying on him very heavily and I really expected him to keep being this grown man and pillar of strength – which he was and is – but it’s also quite an unfair set of criteria to give to someone who’s just 25 years old.”

That seems like the classy and gracious way of saying that he needed to be able to experience the “rock star life” for a while, a euphemism perhaps for “hanging out with Alexa Chung”.

But G claims there’s no bitterness. Given how close she and Chris are, I actually believe her. She’s got a GOOP to run, she’s got an empire to build, she’s launching a clothing line next year. And she manages to get through this interview without condescending to anyone. I’m serious. 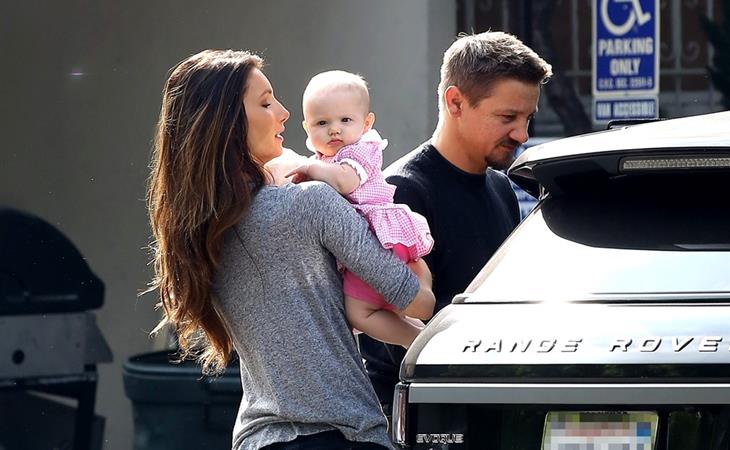 Jeremy Renner’s divorce is going to be UGLY 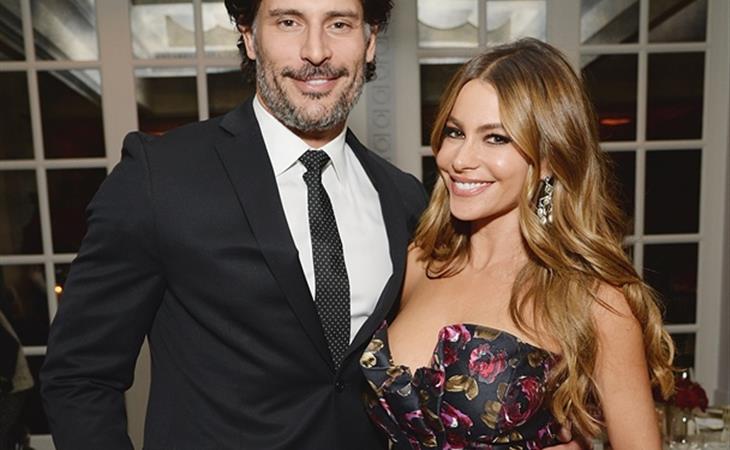