The new Superman movie is shooting in Vancouver. Henry Cavill was working with the green screen yesterday for a scene that evidently involves him trying to hang on to a helicopter. Or something. Does it matter??? There will be special effects and explosions and stunts and it’ll stimulate you for all of 5 seconds and you’ll forget about it by the time you get back to your car after seeing the movie.

Unless of course Henry Cavill brings some emotional depth and diversity to the role. Hard to tell from these shots in particular, especially since, for this part of the movie, he’s relying mostly on his back muscles. Which are indeed impressive.

Henry’s been in Vancouver for weeks. Has been able to walk around the city relatively undisturbed save for the occasional pap shot. The civilians though, there’s not a lot of recognition there. It’s not like The Tudors was Twilight, you know? Will it change for Henry on 11.11.11?

Immortals opens that day. I’ve attached the trailer below. Looks ridiculous. Even the voice-over is ridiculous. Which means it’ll make a ridiculous amount of money because I don’t know sh-t. 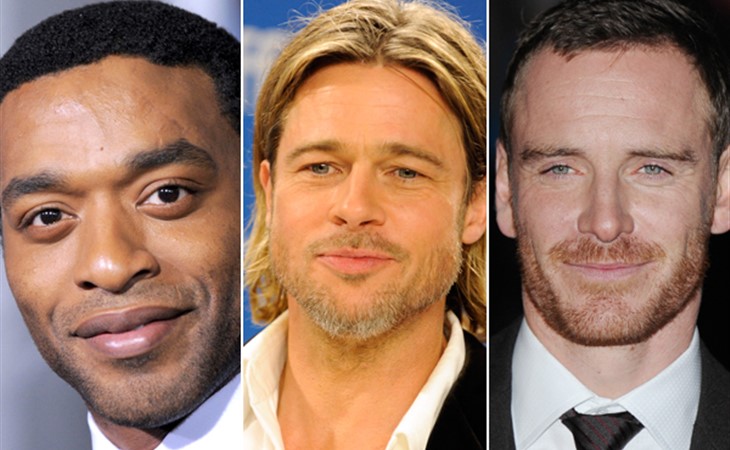 Ejiofor, Fassbender and Pitt are conspiring against us