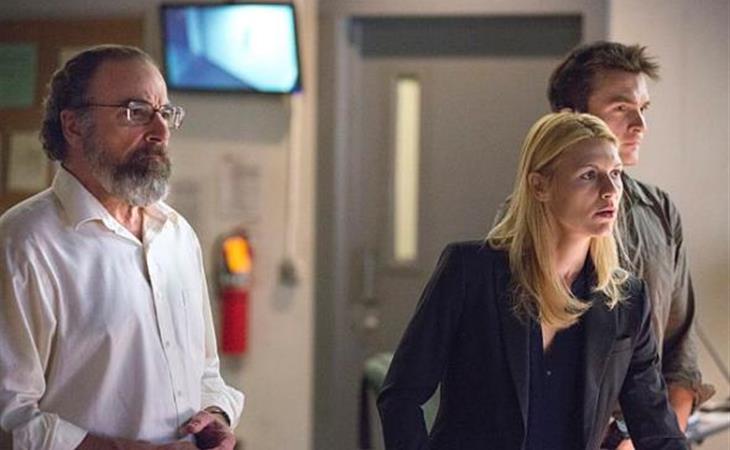 God, but Carrie looked extra beautiful this week, didn’t she? Is that Claire Danes, or Carrie? Something in the hair. Is this the hair and makeup department having fun with us? Beginning to show off Carrie’s pregnancy glow?

It’s real now, the pregnancy. Quinn has talked about it, she’s acknowledged it. It’s for real. And, since she made a lame point of saying it wasn’t Brody’s, those of you who thought there was a chance that was the case now know there isn’t. That baby is a ginger, guaranteed.

This episode was not what I signed up for when I got involved with Homeland. There’s intelligence work happening, yes, but it was military ops and, in large part, there was nothing any of our characters could do. They were reacting to things rather than actually planning things or making things happen. It’s not the show based on Carrie and Saul’s brilliance that we started out with, but it is what it is. So we cope.

What does happen, on the other hand, is that magically-fixed Brody gets to be the hero, and so we, like Carrie, fall in love with him again. Sort of. That is, was it brave to make a break for it and head for the Iran border? Sure. Did he endanger everyone else around him? Unquestionably. Is he looking for redemption that he’s not really entitled to? Sure, again.

Is it utterly preposterous that a tortured man with PTSD could recover from being a beaten-and-abused heroin addict in time to pull off this mission? Yes, indeed it is. And that’s before we get into some of the other preposterousnesses in this episode, like the weird animated laser-coloured shots coming at Brody and the others when they’re being attacked.

So instead, this episode becomes about Carrie and what she feels and believes about Brody. The whole episode plays out on her face. It’s a one-act play in itself. She hopes he can hold it together, and it’s Christmas come early for her when he not only does, but turns it around from a potential disaster to come through and seem like he alone saves the day (not to mention Saul’s plan). But so what? So he’s momentarily done something good – what does Brody have to live for? What’s motivating him to keep going? The previouslies want us to believe that it’s Carrie – hell, his “you’ll get me out of here” wants us to believe that it’s Carrie, but I never thought the love was that overwhelming, on his part. That it superseded everything else, especially being forced into a military operation in Iran.

But then again, maybe being in these situations changes your perspective. As Brody’s colleague says balefully, “You’ve been tortured.  Tell me what to expect.” We’ve seen Brody fully expect to lose his life onscreen countless times. Maybe after all those bullets dodged, you start to find it pretty easy to love love, or the idea of love. Maybe Brody thinks he and Carrie could really be happy. After all, we know Carrie thinks so, and that’s half the battle, right? It’s also great that he just assumes she’s back in.  Everyone knows Carrie’s always right back in where Brody is concerned.

Which is why Javadi coming in and so casually, brutally disposing of Brody’s colleague felt so awful, even if it was maybe actually merciful. He doesn’t have to go through the torture he was worried about. He doesn’t have to face whatever waits in Tehran. It’s cold comfort farm, but it’s what we have.

I don’t know. I saw someone, somewhere, describe this episode as the best yet. It didn’t do it for me, since the constant attacks and thrills felt paint-by-numbers and utterly un-affectable by any of our characters. Am I wrong? I know you’ll let me know.

So now, the question is this. I wasn't interested in following Brody's journey any longer - the multiple dispatches have actually felt like a tease - but here we are. So in Tehran, what will happen? Does he freak out? Does he turn, again, to the other side? For that matter, is Javadi as thoroughly Saul's as we think he is? Smart money says "are you f-cking kidding?"

There are three episodes left in the season, so what kind of message are they going to send? To me Brody has always been a tragic figure, so will he sacrifice himself and become the ultimate Romeo to Carrie's twisted Juliet? Or are we supposed to believe he can come home and these two crazy kids can try again? Do we have to watch if that's the case?

Also, I hope Rupert Friend is collecting a giant paycheck because it’s not like he’s getting a lot of material for his acting reel. 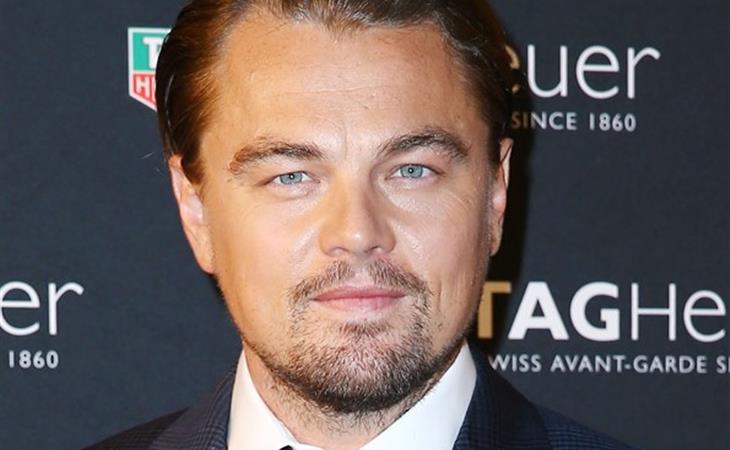 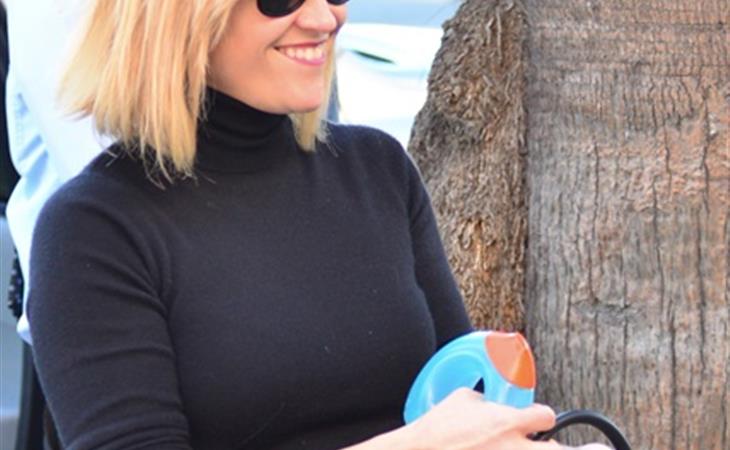