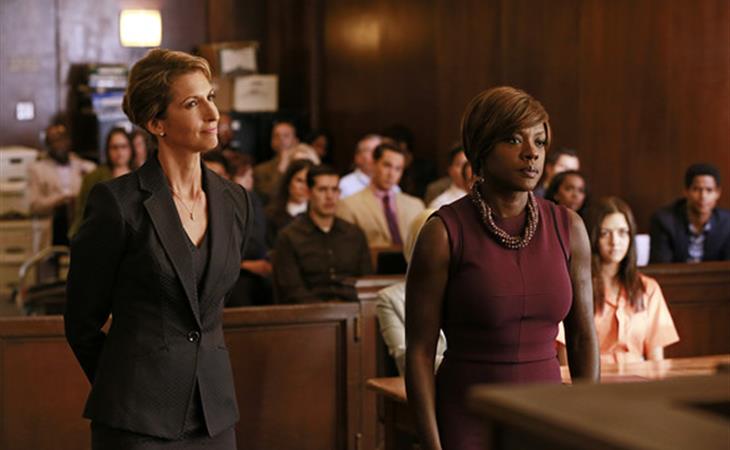 You know, I hope that cheerleader at the top is getting royalties for each episode she opens up…

Was there a sex tape in Grey’s Anatomy last night? It would be good if they went for the hat trick. (Now let’s all pause while first Lainey, and then Jacek, call me to make sure I knew I just successfully made a sports reference.)

This may be the first episode where it seemed – sort of – like the whole construct of the thing they’re doing, which is telling us a little more about the crime each week actually worked, sort of. I wonder if it’s because the case of the week was so light by comparison. It was a fun relief to watch Celia Hodes actually enjoy her life and her business instead of certain sad sacks accused of murder. But we’ll get there.

So The Wolf of Wall Street scenario was, you know, exactly what you’d expect to happen if the 30 hour movie was boiled down to 12 minutes of airtime. Am I crazy that I didn’t mind it? Mostly it was trite, of course, but I appreciated that not everything is about MURDER ALL THE TIME and opening up Annalise’s caseload is going to be essential for making the show go longer.

Having said that…there are too many damn people who are regulars on this show to be worrying about the guest cast! I wonder whether three students instead of five might have been easier to manage. And maybe one full-time Annalise clerk instead of two. You think I’m making things boring? Fine – but we also have to keep track of all these peoples’ love interests too? It’s ridiculous. I know the show is trying to make light of it by referring to “Wallflower” and “Prom Queen”, but we still don’t know who they are.

And I get that in the flash-forward we learn things about each student – that we focus on one thing at a time – but it’s so piecemeal that it’s really hard to get a clear picture. I understand that it was Connor’s week this week, but all I got was “freaks under pressure” and “likes sex”.

And while we’re on the topic of the sex – it was getting maybe to be a bit much and a bit over the top. I felt like every moment we were hearing about how much sex Connor was having. On the one hand, it’s kind of a joy, because gay sex on network TV didn’t used to exist, let alone be talked about. I think maybe it’s the “network TV is for women” thing. When young guys are together – gay, straight, or any other descriptor – yeah, they do use the word “ass” that much. Were this show on cable, it wouldn’t have felt unusual in the least. So I guess that’s progress.

Having said that, I thought the relationship with him and his maybe-boyfriend Oliver was adorable, and the fact that we’re going to see more of him (as per the flash forward) is great, even if it’s in the context of Connor spazzing out.

And speaking of progress, we finally got to see just a little bit into who Annalise is, even if it was through the time-honoured technique of looking in the mirror. In fact, the “looking in the mirror” scene is kind of a writer cliché – my friend Karen crowdsourced on Facebook earlier this year to find alternatives to it and it was agreed that a good-ol’ “who have I become” when a character looks in the mirror is hard to replicate. Plus, of course, we got the “I’m someone else when I pull off my wig/take off my face-armour”.

But who we don’t know? Annalise’s husband. Why do I care at all if he killed a girl or was naked on her phone when I never see him or hear him do anything? He basically yes-dears all over the place and I’m supposed to assign the idea of his naked body any significance at all? If I could see him doing something – anything at all, beyond specious inferences that he’s sleeping with Bonnie – then I could decide whether or not I cared.

Here are the other people I definitely don’t care about:

Frank, the clerk, who’s not Bonnie. Who? Yeah, exactly.

Rebecca the murder victim. The thing is that she has zero charisma that makes me want to save her, and perhaps I’m supposed to care about her because Wes cares about her, but he’s kind of lacking in the interest department too. You can only be a puppy dog for so long before you need to be a bit more interesting.

Michaela the prom queen. She’s arguably gotten more development than some of the others, but it’s playing out as really one-note – whether or not she turns out to be a “shooting star”.

Sadly, Bonnie a little bit. I would defend Liza Weil to the death, but she’s pretty good with a clipped tone and a knowing glance. Then Scandal had her playing against type which was kind of fine too, but this just seems to be Paris Gellar with her personality blanded out because of mood stabilizers.

Here’s who I liked, this episode:

Asher, based solely on the ferocious line “We make GOOD spies!”

It’s a frustration of getting an ensemble show off the ground – not everyone has their time in the sun. But for example, on Grey’s Anatomy, the archetypes of the interns allowed them to each tackle their assignments in a different way. Here, the interns spend their time following Annalise around, and the clever ways they get information out of their subjects seem too simple so far. By half.

Are you into it? Are you getting sucked into the flash forward mystery in spite of yourself? 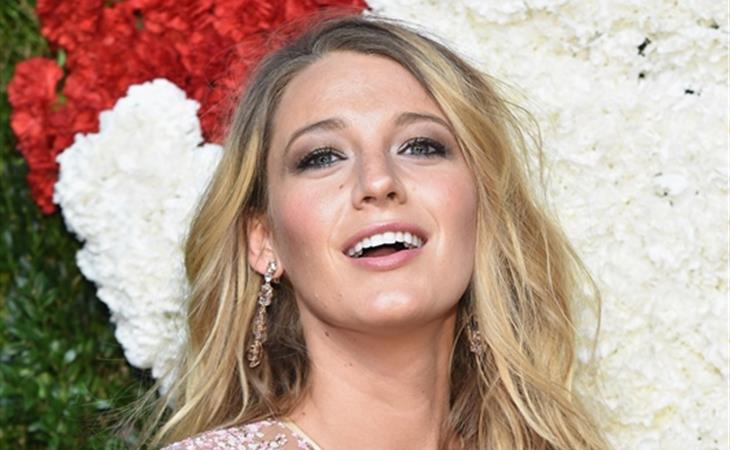 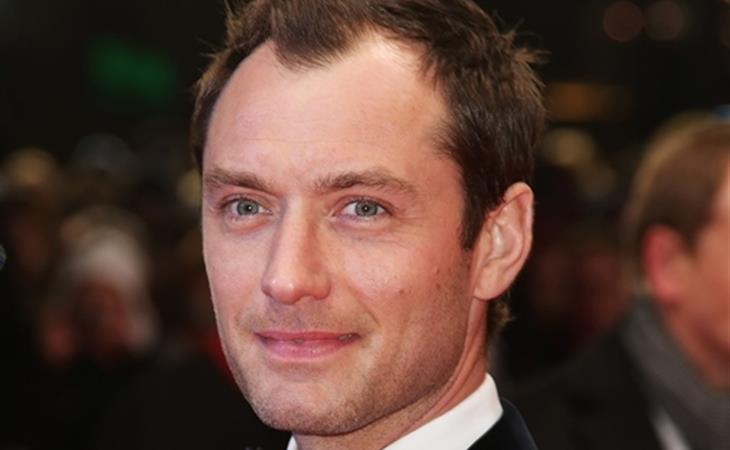 Someone else is pregnant for Jude Law