Crimson Peak: I want to go there

The first trailer for Guillermo Del Toro’s much anticipated Crimson Peak introduced us to the creepy setting and not much else, but now the international trailer has arrived and it lays out a little more of the story. Mia Wasikowska plays a Victorian lady author who is interested in ghosts and the occult, and Tom Hiddleston seems to be her editor? Publisher? Still not clear. But they bond over ghosts, and then he takes her back to his conveniently haunted home, shared with the sister he may or may not be banging. Speaking of banging, I assume Tumblr has already lost its mind over the tease of an R-rated Hiddles sex scene and is now devouring itself in a downward spiral of Can’t Even.

I continue to be seduced by the look of this movie, especially details like the long-fingered ghost-hand that recalls Max Schreck’s heinous hands in Nosferatu. And are we to take it that the house continuously rains flower petals in the stairwell? I want to move into this house immediately. Look at all the locked doors! It’s my dream to someday have a big creepy house where I can lock many doors at random just to freak people out, wondering what’s behind them—one of the locked rooms will for sure contain a giant collection of old broken clown dolls. In another room I’d like an elaborate Rube Goldberg machine that does nothing but turn out the light as soon as someone opens the door. The house in Crimson Peak looks so cool I almost don’t care about Tom Hiddleston at all. Except for the real-world part where he’s FWB with Elizabeth Olsen. I’m super into that. 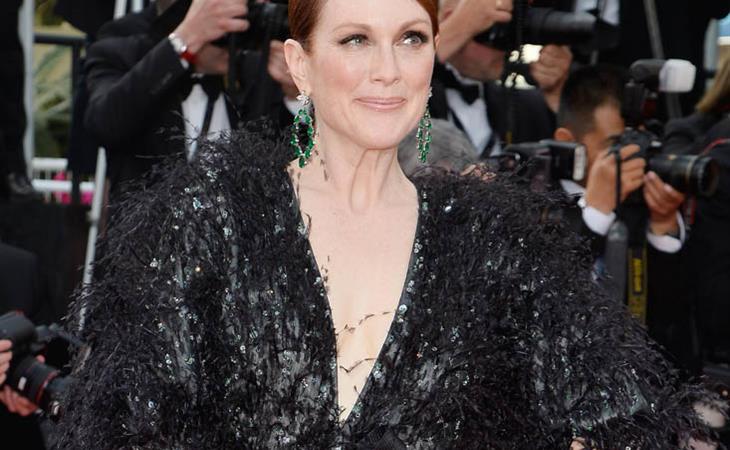