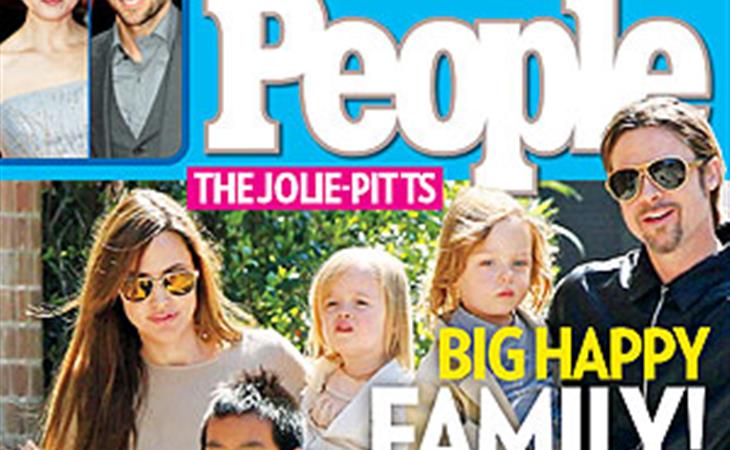 And we’ve moved into the next phase of the Celebrity Civil War – with Entertainment Tonight, PEOPLE, and JustJared declaring a “ban” on photos of celebrity children, except of course for the “sanctioned” ones, one faction of Celebrity (those who don’t pimp their kids for their career) is basically forcing out the other faction. And we’re not just dealing with Kanye West’s girlfriend here. What about those who parade their kids around at the farmer’s market and the pumpkin patch when they’re trying to win an Oscar? This happened well before last year. You remember when Reese Witherspoon was up for Best Actress and she and Ryan Phillippe showed us their happy, happy family smiles right up until she had the statue in her hand…and then everything just stopped? Coincidence or conspiracy? You remember when Katie Holmes pulled her ninja parachute out of Xenu’s clutches and then became the Mother of the Year on the streets of New York while the paparazzi documented her every move, turning public favour against her husband and protecting her from alleged retaliation? Convenience or nuisance?

What will the “mocktresses” do now? Jessica Alba has made a career out of being a mother and knowing about the right diapers. But it’s also the clothes. They need to be photographed in the clothes. And having the kids around often increases the value of those photos, increasing exposure for the new boots/sweater/coat/jeans.

To say nothing of the biggest brand of them all: the Brange, although they’re not the ones leading the charge on this recently. They’re actually, by rank and hierarchy, well above the B-list-at best stars who’ve been making headlines the last couple of weeks and attaching themselves to this “cause”.

What of the celebrity parents who are actively encouraging their children to launch their own brands? The Smiths come to mind but also the Beckhams. Romeo Beckham modelled for Burberry. So, Romeo Beckham is a model. It’s not like he needs the money either. So he’s there, with his parents’ blessing, to be seen and admired. To actively SELL SH-T. But you’re supposed to be able to find the line between those images and the ones of him going through the airport?

Well that’s the cherry-pick. When they offer up their privacy and personal information – every single detail about their pregnancies etc – that’s totally OK. But if your (natural) reaction to that is to want more… that’s your f-cking problem. When they post images of their chubby-cheeked daughters on social media, it’s beyond reproach. When they negotiate a $100,000 fee for those chubby cheeks to show up on the cover of a magazine, that’s no problem either. But when you can’t swallow your curiosity, a curiosity that’s been created by their own offering, you are a piece of the piece of sh-t. Not them. Never them. And yet, how come I don’t know what Matt Damon’s kids look like? He lives on the same street as his best friend.

If the media is always to blame, and members of the media have now taken action to address those complaints, when will it be time for the other half of the situation to modify their behaviour? Because right now, it’s the media who’s coming around to 50% of the solution. The other 50% has to come internally – from celebrities themselves. And if they can’t figure out their sh-t, if they can’t all agree on what’s ok and what’s not ok, if some of them are still texting their friendly local paparazzi for a fix-it photo every time their spouses are accused of cheating on them, why does the media have to keep playing a game that only celebrities get to win? When’s the last time you agreed to something where there was only give and no return? 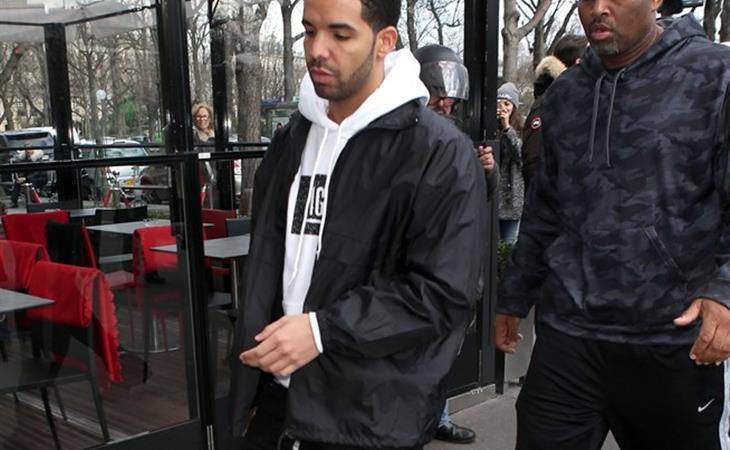 Rihanna and Drake… and Chris Brown