So it wasn’t true. Katy Perry is not releasing a song called 1984 as a slap-back to Taylor Swift. Her managers confirmed to Billboard that the story was bullsh-t. There is a 1984 that has been registered but it’s not hers. Katy also retweeted Billboard’s clarification on the issue which means there’s nothing to see here…

But what were those few hours like when Taylor Swift thought that there might have been something to see there? Well, around the same time that the rumour about 1984 was circulating, Taylor was also retweeting online articles. This story in ESQUIRE featuring Taylor and Beyonce with the title…

How Beyoncé and Taylor Swift Conquered the World with Pop Music

…that namechecks Katy Perry, who’s a major player in pop too, like she’s an afterthought. You think she’d want to be part of that conversation?

It’s the only flattering headline about Beyonce that’s come out this week. The Beyhive felt f-cked over after her Good Morning America shenanigans a few days ago – click here for a refresher – as people continue to not give a sh-t about her 22 Vegan Days, and, at the same time, seriously hate on Tidal. Bey is supposedly releasing an “athleisure’ clothing line with Topshop in the fall. Seems a lot more on-brand than kale. But can she remain as removed from the consumer while promoting that than she has been with the vegan business? Would you buy it anyway because it’s fashion? 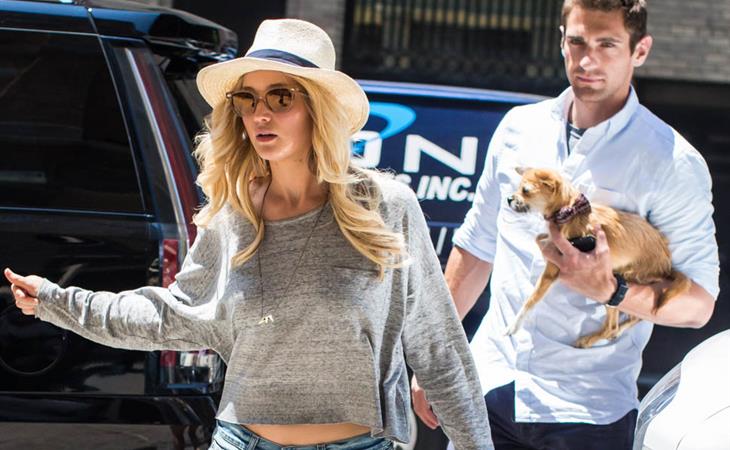 The Bodyguard, by request