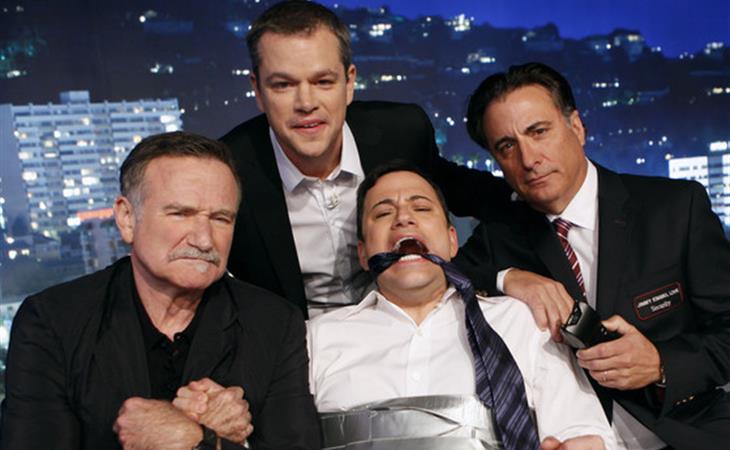 The Emmy Award nominations will be announced on July 18. Jimmy Kimmel Live has submitted two entries for consideration -- his post-Oscar show and the one from January 24, when Matt Damon took over and finally had his revenge. Did you watch it? Click here for a recap that I posted after it aired. Damon was great. And the fact that he was willing? Even better. But, unfortunately -- and kind of hilariously -- for Damon, if Kimmel wins the Emmy based on his performance, he will not be eligible for the Emmy. Something to do with an Academy rule change that happened in 2009.

Deadline reports that both Damon and Kimmel’s reps asked about whether or not Damon could be included on the ballot -- if a nomination was indeed forthcoming -- and that they were declined. Graciously, they did not push. Which probably only adds to any admiration you had for Damon already, right?

The Daily Show with Jon Stewart has owned this category for years. And if Kimmel finally unseats Stewart, it kinda sucks that Damon won’t get to celebrate his significant contribution to that. But...then again, imagine how awesome -- and ironic -- it would be if Kimmel’s up there accepting his Emmy and Damon crashes up there all faux-indignant and pissy? Or is that too obvious? It’s not like he won’t be there already for Behind The Candelabra. Click here for more information on the situation at Deadline. 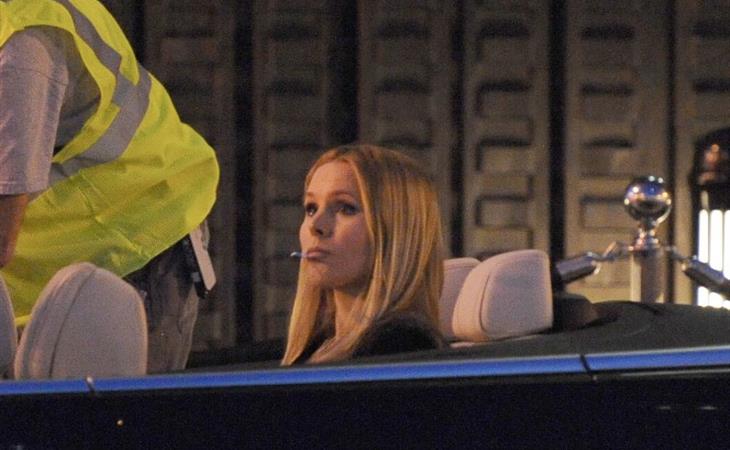 Private Eyes Are Watching You