Have you ever noticed that Matthew McConaughey doesn’t finish words that end in consonants? We went to a Magic Mike screening last night. He opens the movie by asking a crowd of moist screamers “You wanna touch this?” Only when he says it, it comes out “You wanna tuh thih?” Is it a Texas thing? You should try it for a while today. I did for an hour after last night at home. It’s very relaxing.

More on Magic Mike later but I’ll say this now - it was ripe in that theatre even before the movie started almost as though they didn’t even have to try. Don’t we at least want them to try, girls?

Laura and I raged together yesterday over email right after the Spain-Portugal game yesterday. For some reason they decided to cut away just as Shaki and Pique were embracing. Who is the fool in the truck making that decision??? I haven’t been able to find any photos either. If you do, please send.

This Hot Bitch takes her son to Paris 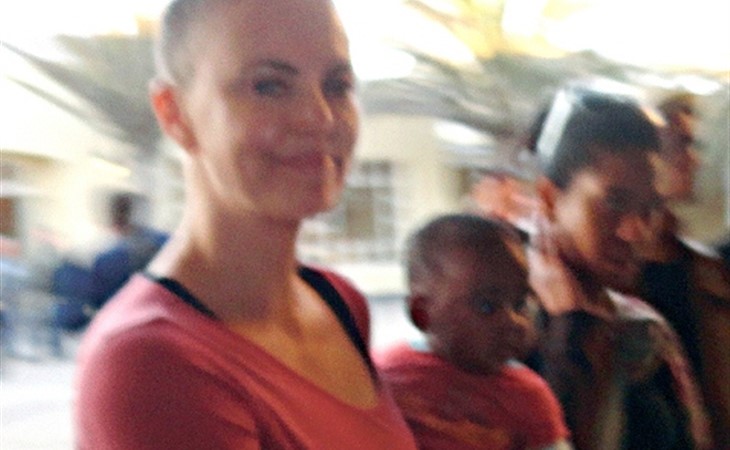