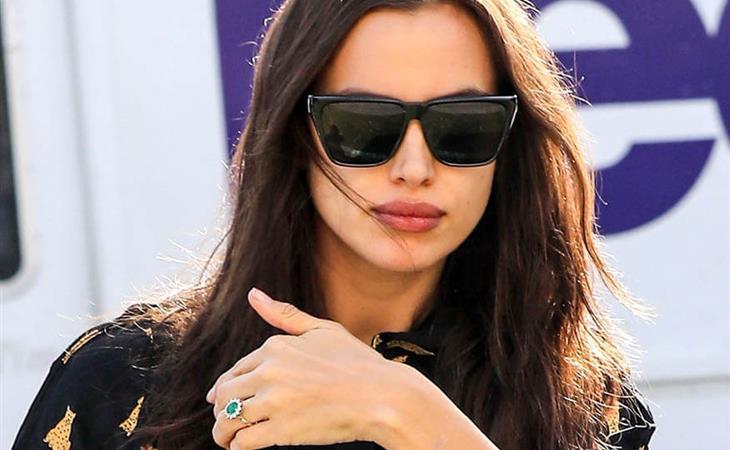 Bradley Cooper and Irina Shayk are expecting a child together. Now there’s speculation that they’re engaged. Here are new shots of Irina wearing a new ring, a huge emerald. People are already comparing it to the ring Prince William gave Kate Middleton.

Could just be a ring…?

Ring watch is not all that reliable for gossip. In their case though, now that they’re having a baby, I’m not sure we can write the ring off entirely. And you don’t wear a ring like that, of that size, just to go shopping unless it’s THE ring and you never want to take it off. Celebrities, Just Like Us!

Coop and Irina have yet to officially confirm or deny the pregnancy. So if they’re really engaged I don’t think they would confirm it either. Since he doesn’t have a movie to promote, there aren’t any interview opportunities for him coming up – until Guardians Of The Galaxy 2. But I’m not sure how much they need Coop for that press tour either when you’ve got Chris Pratt and an already engaged super-nerd fanbase. He’ll go to a premiere. But if he asks to be left off the junket – and celebrities never want to junket – I don’t see how that would be a problem.

They could have this baby and get married and we wouldn’t know. Unless she wants us to know. Irina is better at this game than I thought she would be.