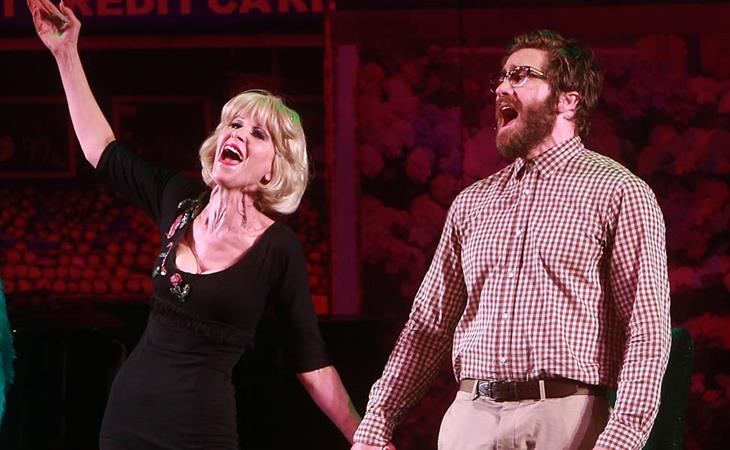 Last night in New York. Little Shop Of Horrors. Ellen Greene in her defining role. Supported by Jake Gyllenhaal as the dorky Seymour. There are two more performances today and then that’s it, super exclusive. Every review I’ve read so far has been excellent. For Greene that’s not surprising. As for Jakey…

Well it’s another opportunity for Jakey to show his range. The last 3 years for Jakey have been all about the range. He’s transitioned from intense films, to intense romance on Broadway, from idealistic young cop (End Of Watch) to amoral weirdo (Nightcrawler) to Rocky (Southpaw) to esoteric lover (Constellations) to singing nerd seemingly effortlessly…and seemingly without break. Jake Gyllenhaal is making a case right now that he is without peer. Ryan Gosling? Tom Hardy? Any of the Chrises? Do they have his versatility? Impressive is an understatement.

And what a great way to go into promotion for Southpaw next week. The movie opens on July 24th. The reviews for the film aren’t great. The reviews for Jake’s performance are excellent. That’s all Harvey Weinstein needs to mount an Oscar campaign. I don’t know if Jake can go all the way with it, up against Michael Fassbender, Johnny Depp, maybe Ben Foster as Lance Armstrong. But if he just plays along, just a little, he should be part of the conversation.

For all of his talents though, Jake isn’t a singer. And that’s OK. That’s not a criticism. He’d be the first to say he’s not good at it. I don’t think he has to be either. Click here to hear it. 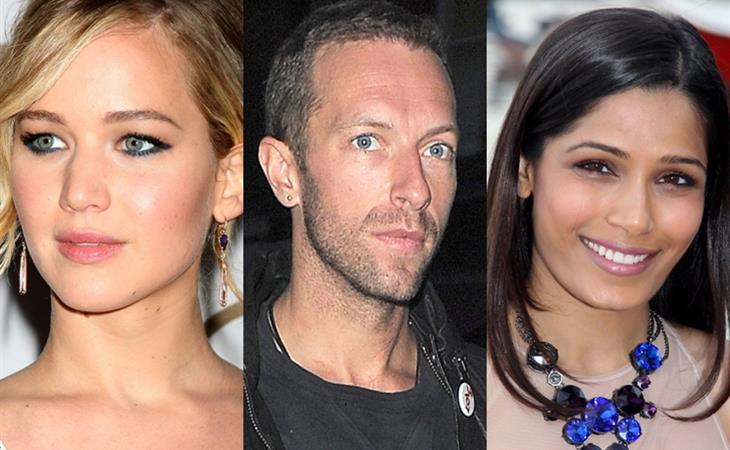