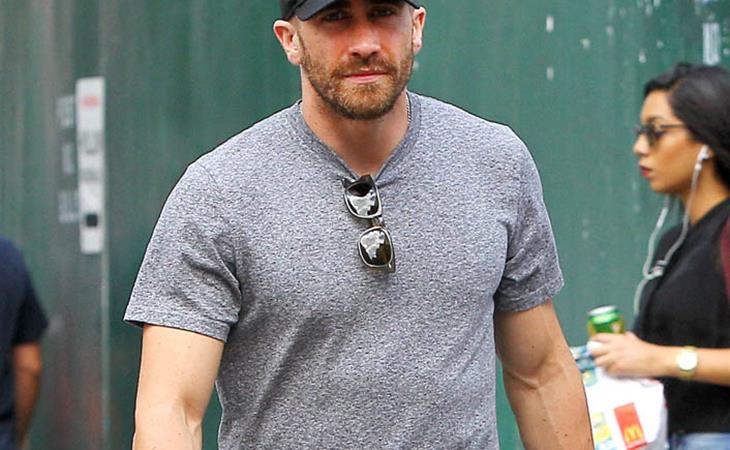 Jake Gyllenhaal was photographed in New York on Sunday with a friend. He’s been shooting Southpaw this summer, plays a boxer. Presumably that’s why he’s doing his walk and box. Hey so we were talking earlier about whether or not Leonardo DiCaprio cleans up nice anymore – probably not ever. You know who does still clean up nice? Jakey for sure. He’ll go around for months with a mangy beard but as soon as he gets rid of it, there he is, cute as f-ck. Leo’s got 6 years on Jake so, you know, maybe that’s not fair.

But it’s not just age, it’s attitude. I keep telling you – Leonardo DiCaprio doesn’t think he has to try. That’s not a guy who’s giving you a night you’ll never forget with his skills. His only skill is being Leonardo DiCaprio. You have to do the rest of the work. If I’m looking at Jake, I’m thinking he came to work too, you know? 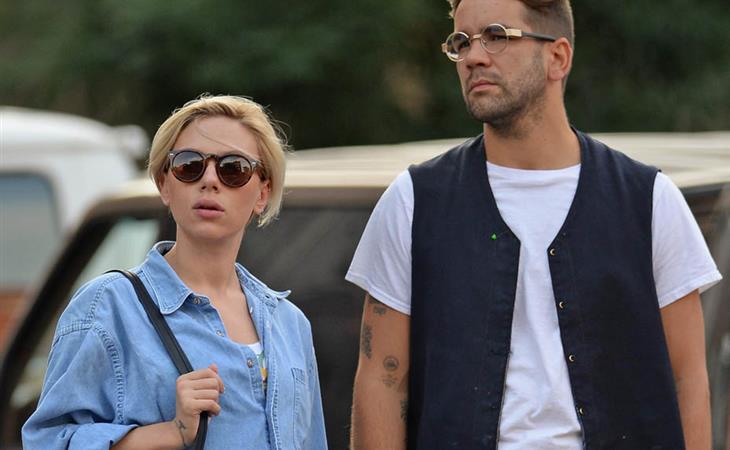