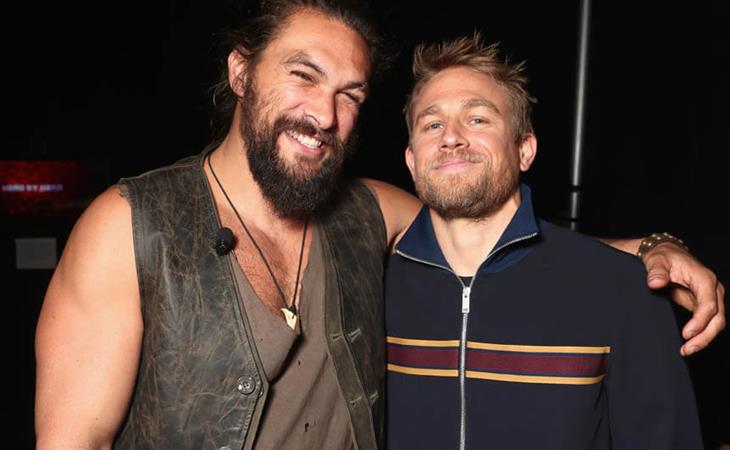 Jason Momoa was at CinemaCon yesterday with Justice League. Charlie Hunnam was there in support of King Arthur: Legend Of The Sword. Both movies are Warner Bros properties. Charlie is also CinemaCon’s Star of the Year. Fine, whatever. The point of this post is that at some point they posed for pictures together. How will we work the rest of the day? Did they just f-ck up our entire day? 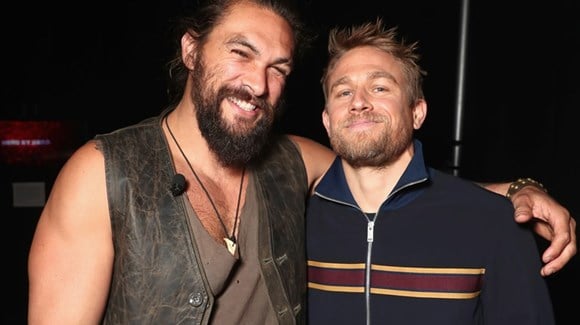 As you can see, Charlie’s brought his chin lift back. I used to complain about Charlie’s chin lift every time he posed for pictures. Because, while he’s hot from all angles, the chin lift is not his best angle. I wonder though if we need to give him a pass this time. Because of all the dick-swinging. Jason Momoa is not a small man. He’s massive. He’s a mountain. And when you stand next to him you can’t help but get corny and imagine climbing him. He brings out the primitive in you. I swear when I met him I immediately wanted to be in peril, so that I could be rescued. So I feel like Charlie’s chin is compensating for the fact that Jason is hulking over him, right? JT at the race 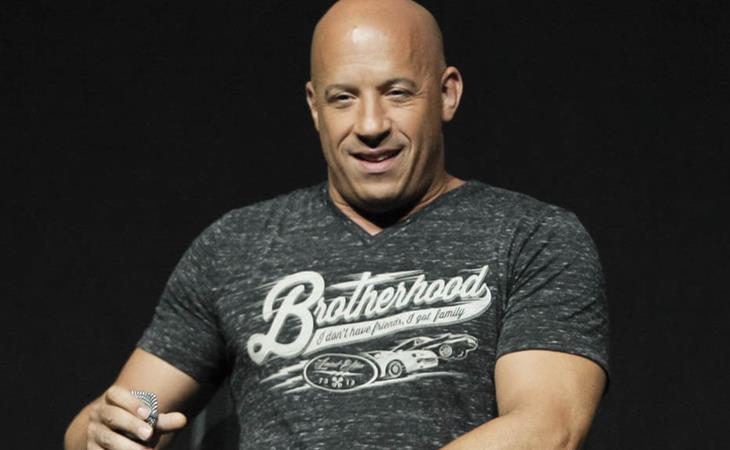