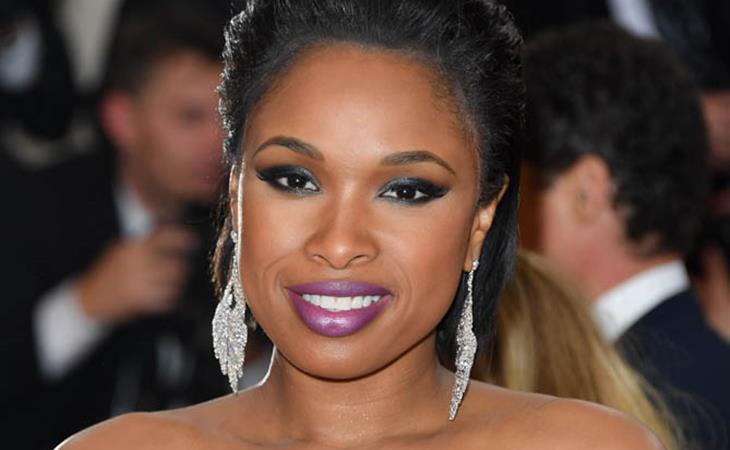 The story at the Tony Awards was never going to be Hamilton, because that was always going to be the story. Yeah, 16 nominations is a lot, but the show has probably been the most mentioned piece of art in the last twelve months, by an exponential amount. That was never THE story. Instead, I said to Lainey, the story will come from the snubs.

Because, unlike the Oscars (but maybe closer to the Emmys), a Tony nomination isn’t about the voters’ interpretation of 90 minutes of acting, it’s about the performance over the eligibility period. Good days, bad days…combined with reviews, it’s meant to be a nod toward general excellence. By all accounts, Jennifer Hudson was excellent, and The Color Purple was excellent. 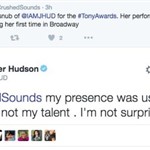 In a now-deleted tweet, Hudson says she’s not surprised, because she was hired for her celebrity, not her talent. Which…let’s just take a second there.

1.  You are a celebrity because you have talent, right? Jennifer Hudson is not a flash in the pan. She’s the real deal. No matter how much of a celebrity someone is, they don’t get to take on a huge role on Broadway unless they can carry the role; the exceptions you are gearing up to email me about prove the rule, because they are notorious.

2. Doesn’t this speak to a little naked insecurity on her part? Like maybe she actually believes she doesn’t deserve the nomination? Stay with me here:

The reviews of The Color Purple say that the cast is overall excellent, but that Cynthia Erivo is really transcendent. She was onstage in London, but most people don’t know who she is. So yeah, Jennifer Hudson is the more familiar name, if not the biggest role.

I have a friend, H. Vance Hues @tapeworthy, who sees about as many shows a year as you eat meals. Follow him if you want the inside scoop on shows before they happen—he was talking about Hamilton 9 months before even culture vultures caught on. I asked what he thought of The Color Purple, and he said Hudson was really great, really excellent…but then just gets blown away by Erivo, and, significantly, by Danielle Brooks.

Is Jennifer Hudson just being a bit pouty and ungracious? Or has she felt outclassed all this time, and now these nominations, even as incomplete and biased as nominations always are (6 time winner Audra McDonald didn’t even get a nod!), prove that for the first time in a long long time, she’s not the best in the room?

H. Vance, who saw the production in previews, in November, said “I did feel at the bows that Jennifer Hudson knew she was outshone by them. It was in her eyes and her demeanor. She wasn’t bad about it, just like “oh, hmmm…I’m with even more amazing people”.

She was…sorry, but not that sorry, you know? She was apologetic but still, it seemed at the time, focused on all her reasons and her rationale. It was about the JHud show, even on Oprah’s show.

It’s worth noting that Hudson’s contract with the show is almost up. She’ll be replaced on May 10th by Heather Headley – a Tony winner.

(Lainey: click here to watch that Oprah moment if you haven’t seen it. Imagine being late for Oprah and Oprah wanting answers!?! And then Oprah scolding you to the audience!?)

Attached - Jennifer Hudson at the MET Gala on Monday night. 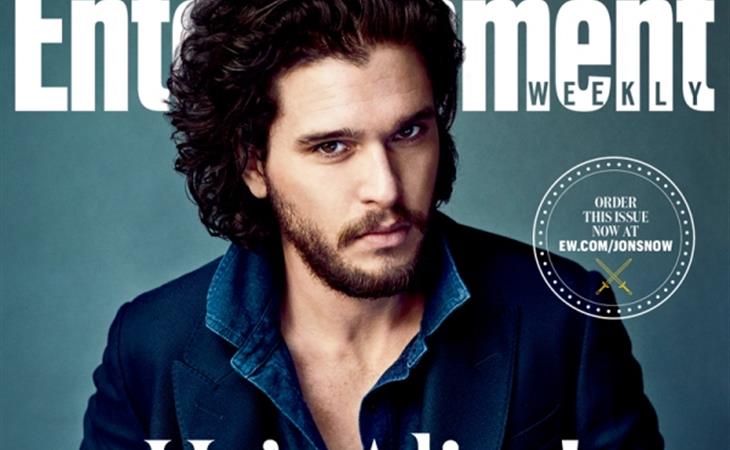 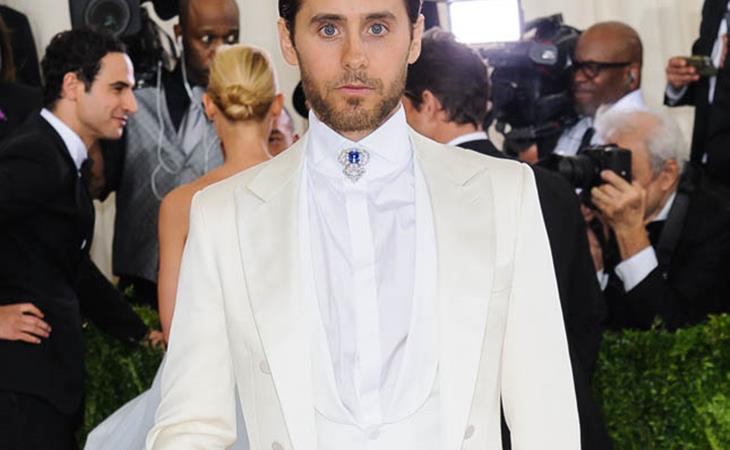