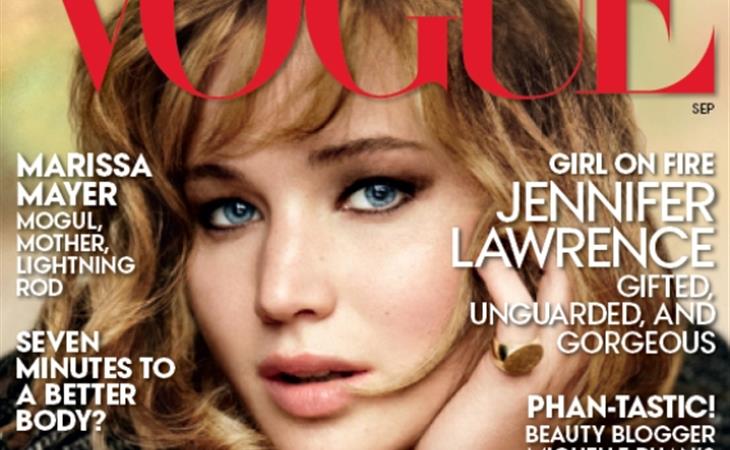 Towards the end of the interview, Lawrence’s best friend and assistant, Justine, claims that the “secret” to Lawrence’s charm and perceived unpretentiousness is that she’s not playing the game:

“Literally everyone else is playing the game, but she is not. And I don’t think she’s capable of playing it, frankly. The number-one question I’m asked is ‘Has she changed?’ And I get such pleasure in being able to say, ‘No. If anything, she’s gotten more grounded, more normal.’ ”

Is it that Lawrence isn’t playing the game? Or is it that she’s just not fighting the game, and therefore embracing the game? If that’s the answer, of course she’s smart enough not to say it that way. But there aren’t too many other industries where our best friends are our assistants, and that’s considered normal. And there aren’t too many people who can say that they always knew they’d be famous and not sound like a total asshole. Somehow Jennifer Lawrence does it. Those words actually come out of her mouth and it doesn’t elicit an instant barrage of hate. That, of course, has a lot to do with the writer and how he sets up the quote. He spends the paragraph before that comment building up to it, presenting her history, her background rather sympathetically, so that when you eventually get there, it’s not only inoffensive, it’s almost appealing.

Given her intensity, it does not come as a surprise that Lawrence describes her childhood as an “unhappy” one—exceptional, excitable, hot-wired kids are often misunderstood and full of anxiety. Lawrence herself was so anxious that her parents found her a therapist. “I was a weirdo,” she says. “I wasn’t picked on or anything. And I wasn’t smarter than the other kids; that’s not why I didn’t fit in. I’ve always just had this weird anxiety. I hated recess. I didn’t like field trips. Parties really stressed me out. And,” she adds, “I had a very different sense of humor.” I ask Lawrence how that manifested itself in, say, junior high. She launches into several tales as examples. Like the time she decided it would be funny to jump out of the emergency exit of a moving school bus; or the time she thought it would be really funny to announce to the entire seventh grade that she wet the bed; or this: “My family went on a cruise, and I got a terrible haircut. FYI: Never get your hair cut on a cruise. And I had, like, this blonde curly ‘fro, and I walked into the gym the first day back in seventh grade and everyone was staring at me, and for some reason I thought, I know what I need to do! And I just started sprinting from one end of the gym to the other, and I thought it was hilarious. But nobody else at that age really did. It was genuinely weird.”

David O. Russell mentions a story that Lawrence told him about how when she was ten years old, she would ring her own doorbell and then pretend to be someone else when her family answered: “Hi, my name is Susan. My car broke down up the street, and I’m wondering if I could come in and use your phone.” Given all of this, it’s hard to believe that Lawrence—or her parents—didn’t have some inkling she was destined for show business. “I’ve never said this before,” she says, “because there is no way to say it without it being completely misunderstood, but ever since I was really little, I always had a very normal idea of what I wanted: I was going to be a mom and I was going to be a doctor and I was going to live in Kentucky. But I always knew”—here she lowers her voice—“that I was going to be famous. I honest to God don’t know how else to describe it. I used to lie in bed and wonder, Am I going to be a local TV person? Am I going to a motivational speaker? It wasn’t a vision. But as it’s kind of happening, you have this buried understanding: Of course.”

Well, the writer, not surprisingly, sounds like he’s in love with her, like the rest of the world, which includes me. So, sure, you can pretend that happened organically, or you can appreciate that she had a hand in it, and I almost prefer it that way. That she’s been strategic in her success. That she’s actively engineered it, even though the way it’s being sold to us is that it’s been a goofy accident, like every time she walks around in a long gown.

I’ll just excerpt one more part before you read the entire article for yourself. Because this is too good. Apparently JLO didn’t have time for JLaw one night:

(S)he got the nickname J.Law in seventh grade, but it was only this spring that she met J.Lo while hanging out at a party one night with Jimmy Fallon. “We planned out this whole thing, where we were going to spin around and over to her and go, ‘Please dance with us!’ But at the last minute, Jimmy pooped out, and all of a sudden I spun around by myself and said, ‘Dance with . . . me?’ And she was like, ‘Thanks, I’m just gonna watch.’ ”

Well that explains everything. Only f-cking JLO would prefer the company of the Slum Bear to Jennifer Lawrence.

Click here to read Jennifer Lawrence’s VOGUE profile and to see more photos. I love the one of her holding the dog wearing those grey silk knickers. It’s so 80s supermodel. Like I could swear I’ve seen Elaine Irwin in the same portrait. What I don’t love is the hair in the shot where she’s surrounded by flowers. That’s a bored mom looking for an affair hair. 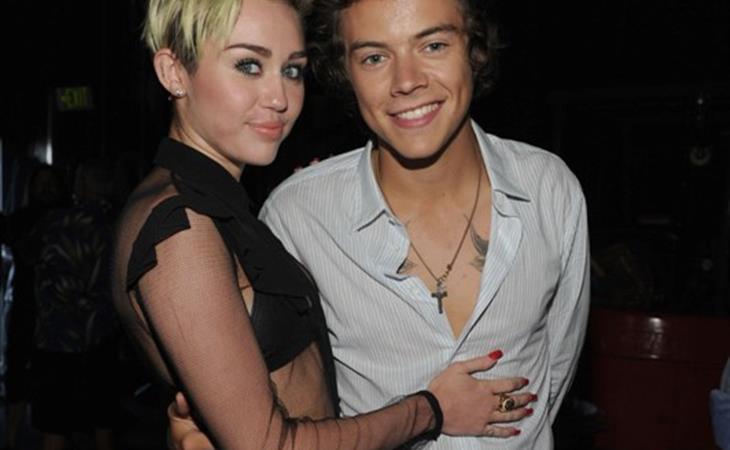