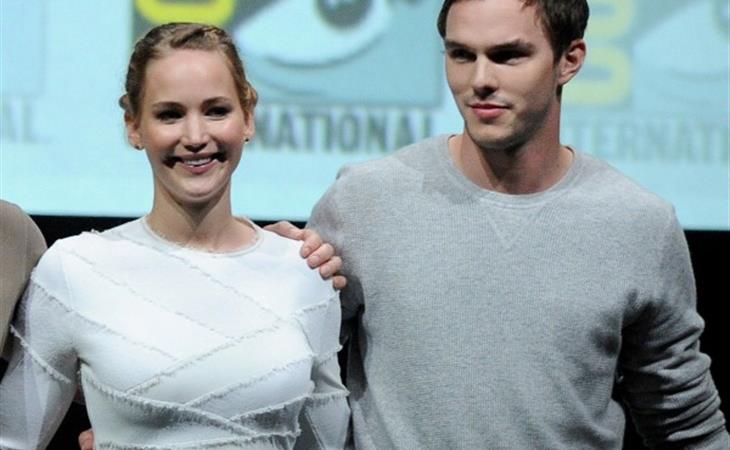 Marvel’s dick was definitely the biggest at Comic-Con. But if there was a vote for Most Popular, among geeks and non-geeks, on the male side it was probably Tom Hiddleston’s Loki. On the female side…

She had two projects to promote: Catching Fire, obviously, and X-Men which speaks to the extraordinary professional high she’s been riding as the heroine of two franchises each with its own independent fanbases and a good balance too. Certainly, as Katniss in The Hunger Games, Lawrence is expected to carry the story. But over in the X-Men universe, she’s one in an ensemble and, the girl among boys – a girl who can roll with the best of them and the only girl or boy for that matter who happens to have an Oscar.

How can you not love Jennifer Lawrence? Especially when she doesn’t make it hard for you, at all.

On the Catching Fire panel she was fun and funny and self-deprecating and respectful to her colleagues, as usual, telling stories about her on location parties, about how awkward it was shooting the kissing scene with Josh Hutcherson, about lending Woody Harrelson a crop top because he needed a new shirt. This is exactly the kind of inconsequential, light, entertaining information that you give at Comic-Con. No one comes to Hall H looking for a lecture on acting technique and character motivation. You are there to make them like you. And root for you. And showing some promising footage doesn’t hurt either.

They’ve released a new trailer. Most of the scenes are similar to what was previously made available with a few notable additions. Finnick, yes. But, perhaps more importantly to those of us who’ve read the books, this trailer emphasises the political nature of the story. It’s the political and social message embedded in The Hunger Games series that has made it so acclaimed and popular – Katniss isn’t just a girl stuck in a love triangle, Katniss is the inadvertent leader of a movement, a symbol of hope for the oppressed, a potential catalyst for change amid civil unrest. It’s this civil unrest that fuels the action sequences and the drama of the arena. Without that thematic foundation, it’s just a movie with people fighting and sh-t exploding. As such, the visual attraction of the film exists within context as opposed to being the primary feature. That might be the key to the success of the movie. You’ll note though that the visual presentation here is different from the first installment. There was a director change, and that shift in style is immediately apparent. In my mind, so far, at least from what we’ve been shown, and with all due respect to Gary Ross, Francis Lawrence’s interpretation might be superior.

As for Jennifer Lawrence’s participation at the X-Men presentation, she was there with Nicholas Hoult, with whom she’s supposedly reconciled. They definitely weren’t going out of their way to not be around each other. He looked REALLY hot at Comic-Con, non? God she has the most amazing skin. 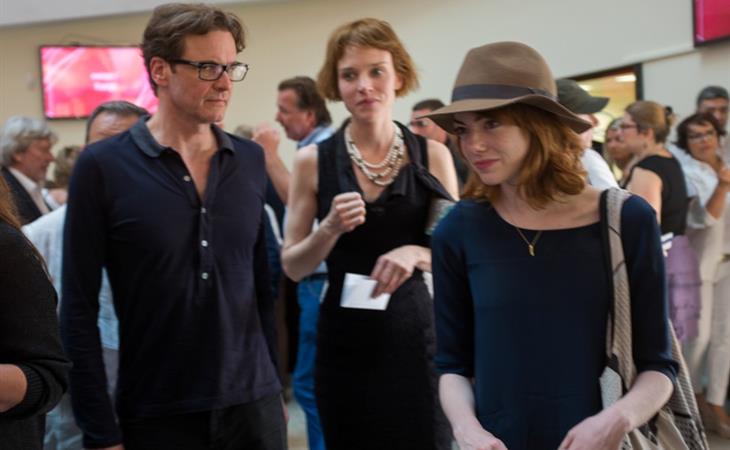 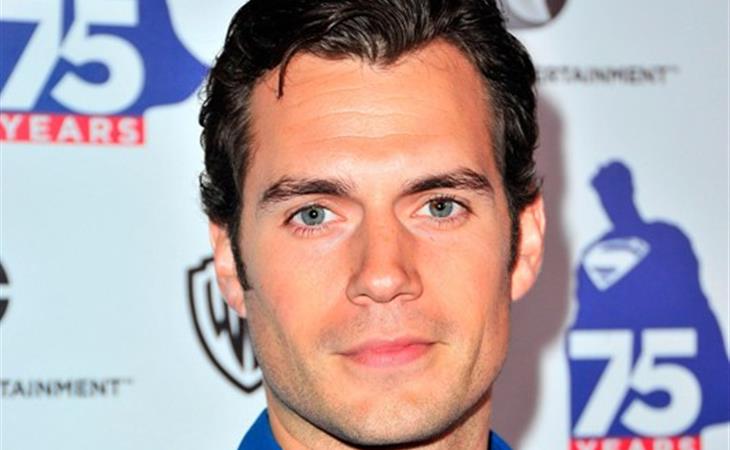