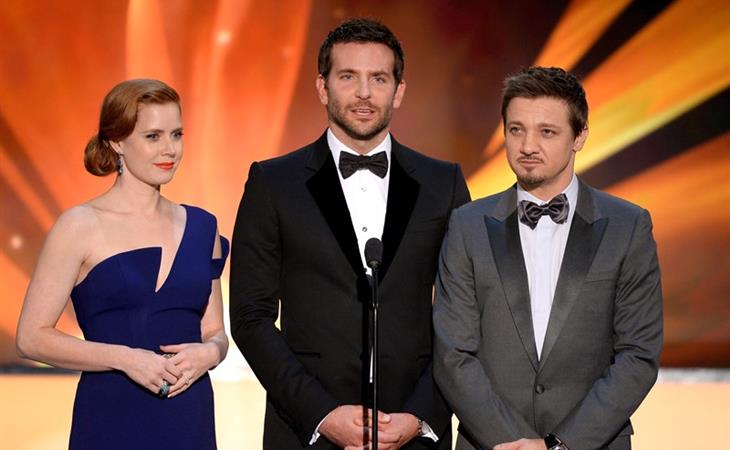 Jeremy Renner was at the SAG Awards, nominated for best ensemble along with the rest of the cast for American Hustle. Let’s take a moment to celebrate a victory over his Shiny Suit Problem—he looked great in a non-shiny pewter tux (so great that Rita Moreno hit on him during her lifetime achievement speech). But I started thinking as I was going through photos from the event—has Renner ever taken his whatever-we’re-calling-her Sonni Pacheco anywhere with a red carpet? I went on a Google hunt during a commercial break and couldn’t find any photos of Renner and Pacheco at an event. There are paparazzi candids, sure, but he hasn’t taken her anywhere with a photo wall.

That’s kind of weird, right? They live together, they have a kid together, they’re either together-together or secret-married depending on who you talk to, but it always comes down to the same thing—they’re together. So let’s take a trip to the gossip buffet. Jeremy Renner doesn’t take Sonni Pacheco to red carpet events because 1) she is really and truly in no way a famewhore and has no desire to go, thus letting him off the hook, 2) they’re one of those “private lives and work lives don’t mix” couples a la Gwyneth Paltrow and Chris Martin (though even they have lightened up on that front), or 3) he’s having his cake and eating it, too, with his hot, young whatever-she-is at home while still getting to go out on the town and enjoy himself because as far as anyone knows officially, he’s single, maybe? Discuss.

Hustle won for best ensemble cast at the SAGs, upping their Oscar odds, though this is the first time Renner has been nominated for a major award for this movie. It’s like he’s the hustler everyone forgot, even though he gave the only performance in the film that approached subtlety or realism. Renner was the most grounded and natural presence in the movie, and yet he’s the only not getting nominated. Maybe that’s the problem, though. He got overshadowed by everyone shrieking and waving their hands. Actors don’t usually appreciate—recognize?—subtlety (see also: Chiwetel Ejiofor vs. Matthew McConaughey).

I wonder if that table at the SAGs was awkward? Everyone there was nominated for an Oscar except Renner. In his acceptance speech for best ensemble, BCoop said that trusting David O. Russell always pays off for an actor. But it didn’t pay off for Jeremy Renner. Does Russell apologize? Or does he just write another movie, one meant to be a showcase for Renner? I sort of felt like a lot of American Hustle was Russell making up for the fact that Melissa Leo overshadowed Amy Adams in The Fighter. It’ll be interesting to see if Renner becomes Russell’s next man-muse. 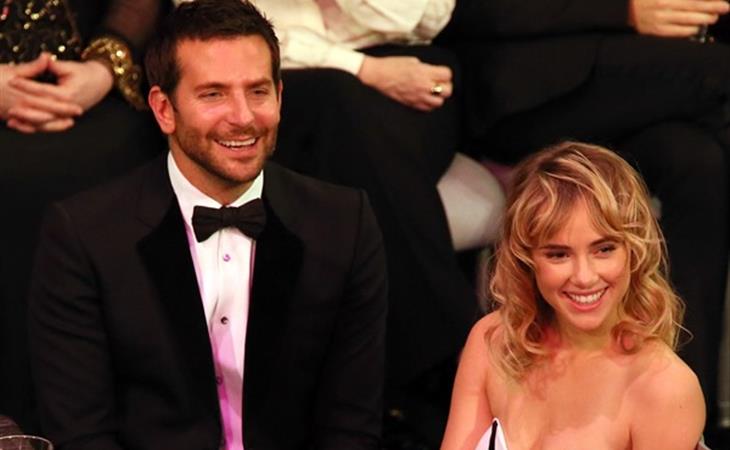