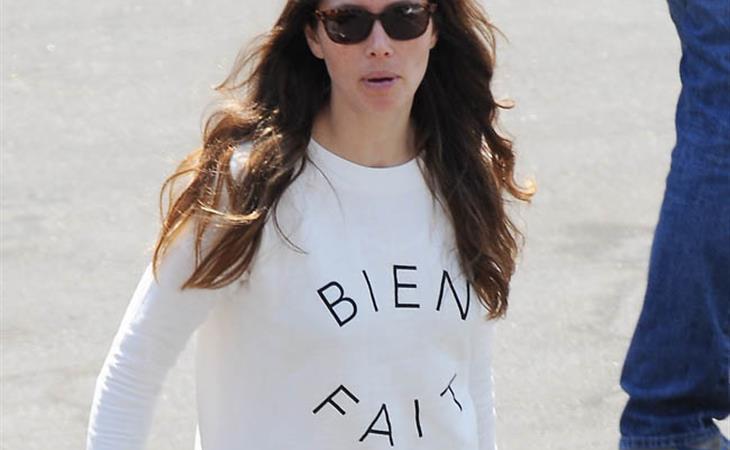 As reported a couple of weeks ago, Mrs Timberlake is making a guest appearance on New Girl. She’s to play the hottest scientist of all time, or something, who ends up being Zooey Deschanel’s romantic rival when they both want to hook up with the same dude. I’ve never seen that before, have you?

Here she is, arriving on set in jeans and a cute tee before changing into an office dress. Do you work in an office building? Look around you. How many people are wearing the same thing?

Really looking forward to when Mrs T starts promoting this, when they ask her what factored into her decision to be a part of the show. And she’ll tell us, she’ll tell us that for her to come back to television, it would have to be really, really special. Which, yes, is a compliment to New Girl but really, it’s a way of saying that she’s so high up there among those movie actresses, you know?, and because of that, her standards are really particular. Sure. But would she turn down a Homeland Claire Danes opportunity? That said, would she ever be offered one? Justin Bieber from behind