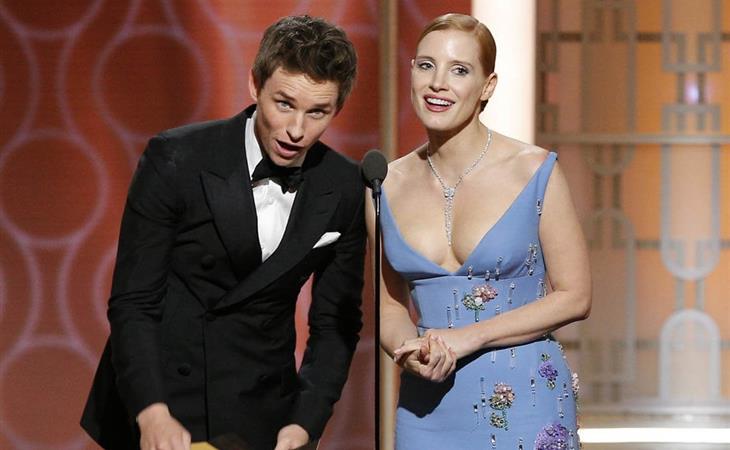 Chastain and the Redmayne at the Globes

The obvious joke about Jessica Chastain and Eddie Redmayne is how much they look alike – so much so that every few months someone on Twitter will crack, “has anyone ever seen Eddie Redmayne and Jessica Chastain in the same room?” There were also a bunch of Chastain/ Redmayne memes going around when photos of Eddie in character for The Danish Girl first came out. They look alike. It’s a thing. Instead of the obvious joke that they are in fact different human beings, Jimmy Fallon gave Chastain and Redmayne the most memorable presenter intro of the night to the tune of Cypress Hill’s Insane in the Brain.

🎶 Chastain and the Redmayne... CHASTAIN AND THE MAYNE! 🎶 @JimmyFallon #GoldenGlobes pic.twitter.com/oaB4Lil3t6

It’s peak Fallon. As corny as it was, I wish he had done more sh-t like this throughout the show because I can barely remember any of Fallon’s other intros and I forgot Questlove was there until this moment. The cutest part about this clip is how awkward Eddie Redmayne gets like he’s never heard hip hop before and how Jessica Chastain is READY to bust a move like she listens to Cypress Hill on the regular. The way Chastain is attempting to dance-strut on stage while Redmayne cowers into a giggly mess ALMOST makes up for that heinous blue Prada dress. The colour is offensive. The embroidered flowers are a hard nope. I’m even bored with Eddie’s tux. Remember his steeze during his award season hustle? Where did that go?

Eddie Redmayne and Jessica Chastain are both Golden Globe winners. They both had movies out this year but neither of their performances are in the awards conversation so I’m finding it hard to care about either of them. They’re both likable actors who seem nice enough and are really good at their jobs but they’re also kinda boring. This intro made them a little less boring so I guess it worked? And I will never hear their names together again without singing “Chastain and The Redmayne” in my best Cypress Hill voice. 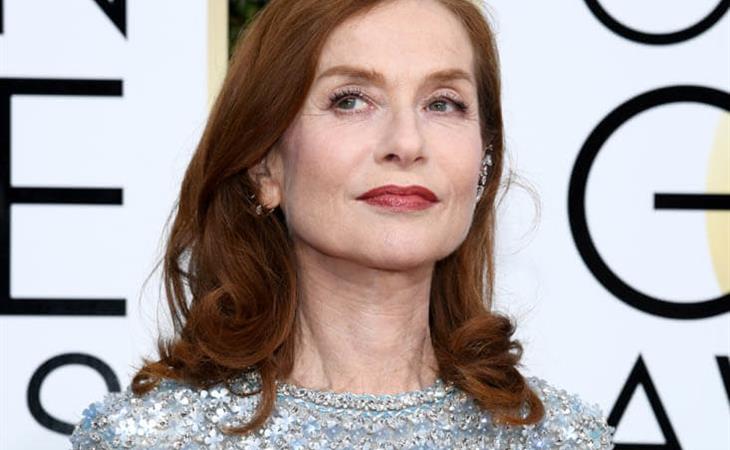 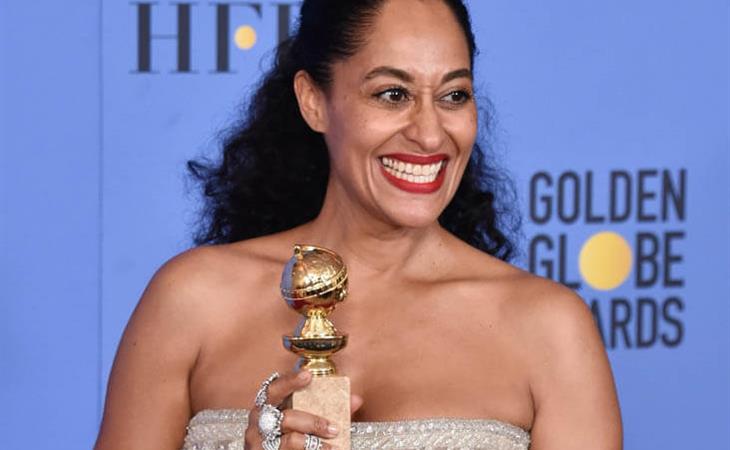