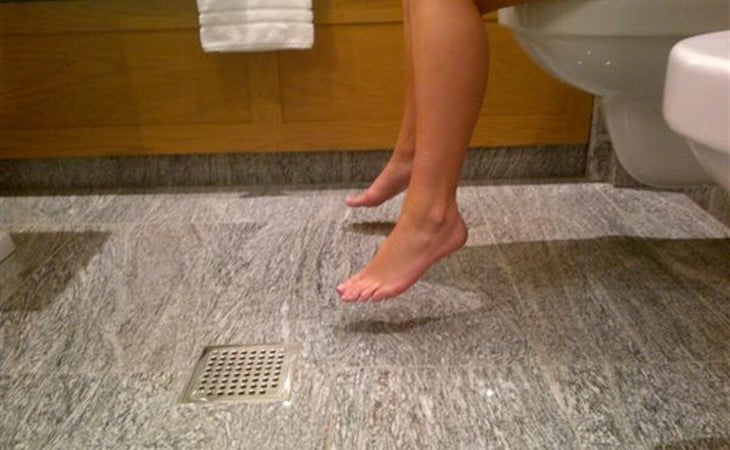 Jessica Simpson used to date Tony Romo, the sh-tty quarterback for the Dallas Cowboys. Romo is now married to Candice Crawford. He and Crawford were engaged within a month of Porny’s engagement to that loser with no job who lives in her house.

Porny, quite obviously, is pregnant. And Romo just announced that he and his wife are expecting too. Jessica has been stepping out in New York all week wearing a tight black shirt that clearly shows off her condition. Coincidence or Conspiracy?

Why is Tony Romo still trying to be a part of this conversation? Please leave the party!

As for Jessica - here she is again today in NYC, walking around like she wants to bump-fight Beyonce.

Last week it was reported that Joe Simpson was trying to negotiate a half million dollar deal with a magazine to confirm Jessica’s baby news. I noted yesterday - click here for a refresher - that Porny was too dumb to realise that by stepping out looking mega preg she was pissing on her dad’s chances of selling her fetus - ew, gross word. A few of you wrote to fight. And you know I love to fight. Especially about my Porny. Because your position is that Jessica is finally standing up to her pervy father and refusing to take a cheque for her pregnancy. Like, she’s finally growing some balls.

No don’t worry about it. I’ll be here while you revise your opinion.

For Jessica Simpson, it is never NOT about the man. Everything is for the man. And that’s all because of dad. She’s not showing off the bump because she’s defying her father, if anything she’s showing off the bump because that’s what her father told her to do. The deal wasn’t happening. So you change direction, you push her out there attached to a sonogram machine if you have to, show the magazines how much people care, then you start negotiating anew.

Look, I admire your desire to believe that Porny might actually be an independent woman who chooses her own way. I do. In this case though, your rah rah girl power pompoms are popping in the wrong direction. This is why you look at her and tilt your head. And smile indulgently at her like you would a 2 year old when she posts pictures of her dangling feet on the toilet on her Twitter.

They BOTH need the money

Why Aren’t You Watching? Part Two: When