Jodie Foster comes out at the Golden Globes

When does the Cecil B DeMille Award recipient ever take over the Golden Globes? Never, right? It’s the only moment of the show without suspense. The whole room knows, weeks and weeks in advance, who’s getting it. And even if the recipient gives a great speech, it’s rarely great enough to dominate the post-show discussion.

As you know, Jodie Foster is dominating the post-show discussion.

Jodie Foster might be retiring. Also, for the one person in the room who didn’t know, she’s gay. That, maybe, was Mel Gibson? 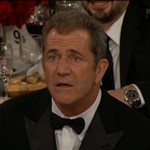 Duana and I looked at each other and then grabbed hands when she started warning her publicist about what she was about to say. In all that excitement and nervous energy, it distracted us, I think, from the actual message. Reading your emails and tweets, I get the sense that it was the same for many of you too. So at the end of the show, we decided to watch it again, without the anticipation and the confusion and the noise. If you haven’t had a chance to do this yet, try, it’s worth another go.

Right? There’s a lot less “what just happened?” the second time around. Still kinda confusing, sure, but also riveting, beautiful, and spontaneous.

As Dean said during our live-blog last night, she did it on her own terms...as the famewhores she was obliquely criticising wiped the tears from their eyes. Jodie Foster doesn’t call the paps to shoot her with her kids when she’s campaigning for an Oscar. Or stage photos on the beach in Hawaii at her wedding. Was it an indictment then of what that room has become, especially now, during award season, when privacy is leveraged strategically in exchange for votes? She must know that half them are on Twitter, right? And tweeting during her speech? And everyone at home was tweeting too, so that she ended up trending, worldwide, for hours, and perhaps still, even now. This, I suppose, is the stage she is walking off of. You’ll note though that she still used it rather strategically.

Robert Downey Jr was her presenter. Mel Gibson was her guest. As his friend, she took the opportunity, as she was being honoured, to (re)validate him to the world and, perhaps, to an industry in which he’s not all that popular anymore.