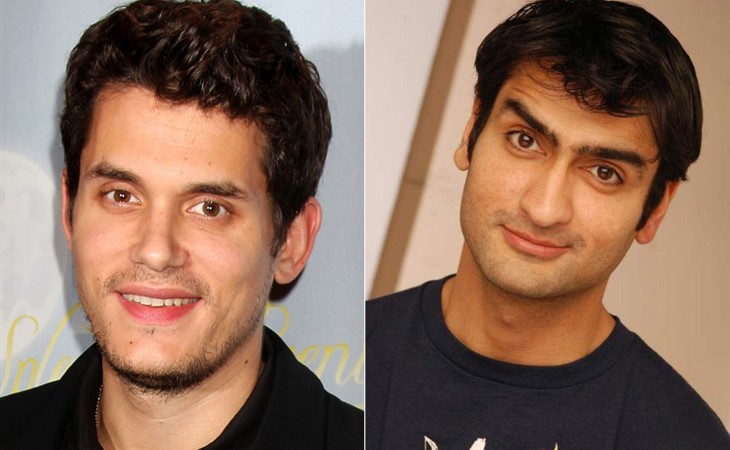 Douchebag is an accidental racist

John Mayer, whose expanding ego apparently knows no limits, has apparently been trying his hand at standup comedy. Which is not surprising. If you’ve listened to any of his interviews, or follow him on Twitter, this bitch truly believes he’s the funniest sh-t since Johnny Carson and smarter than everyone else in the business.

Last Tuesday he showed up at comedy night at The Slipper Room in New York and arranged to do a 5 minute routine. You know what it’s like. He loves himself. He can’t get enough of himself. He was bombing, but he still couldn’t leave, intoxicated by his own brilliance. So instead of 5 minutes, he stayed for 20, cutting into someone else’s time.

The following performer was Kumail Nanjiani. Kumail was well into his act when, would you believe it, not content to have already eaten up the man’s time, John Mayer decided to RETURN TO THE STAGE during Kumail’s routine. Awkward, right?

More awkward is when John then referred to Kumail as KABUL. Just… let that one sink in for a moment. He called him KABUL. And then he told Kumail that he "looked like a brown guy but sounded like a white guy”.

So has he apologised? Sort of. Mayer has acknowledged that his timing was inappropriate, that he messed up Kumail’s set. He also offered this explanation of his behaviour. Let me highlight for you my favourite part:

In other words, the audience hated him because they’re jealous of him. Because he’s a big shot musician who gets pussy every night.

Dude, you have some serious high school issues to work out.