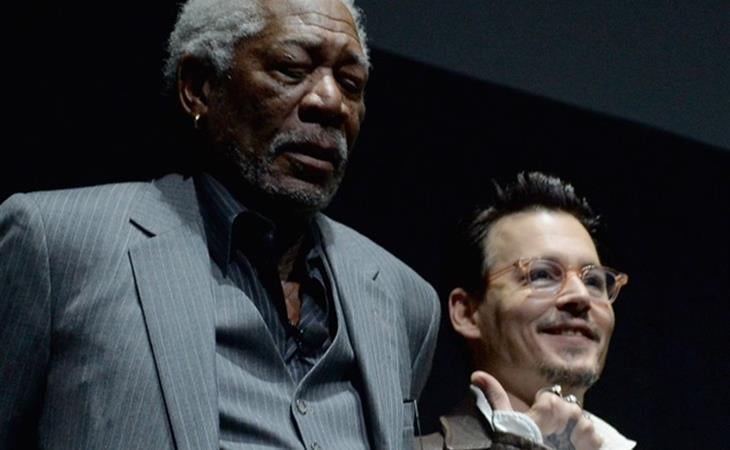 They were in Vegas yesterday for Transcendence as part of the Warner Bros presentation. The film opens in 3 weeks. It needs to start generating some momentum. I saw a billboard for it along the freeway in Toronto the other day but other than that, I feel like they’ve been holding back on the buzz. Maybe they’re relying on Johnny Depp and his fiancée to show up to every red carpet and waving her ring around.

Yes. But it’s still only Amber Heard, you know? We’ll come back to it in a minute. Right now, I’d like to focus on Freeman’s expression in this first photo and play Photo Assumption, the game of baseless conclusions. Even Freeman seems tired of Johnny Depp’s Johnny Depp-ness. It’s exhausting. And the way Johnny’s grinning with his thumb up like that reminds me of Tom Cruise. That’s the second time I’ve referenced Tom Cruise in a post about Johnny Depp. Again… not a compliment.

Someone sent me an email the other day suggesting that what could save both Johnny and Gwyneth Paltrow was a Johnny + Gwyneth Gossip Genie. So many angles there, right? They match on stature… and we haven’t even gotten to the Winona Ryder part yet. It’s a Gen X dream.

Gossip Genie wishes are precious. I don’t want to waste them on a wish that would never happen. 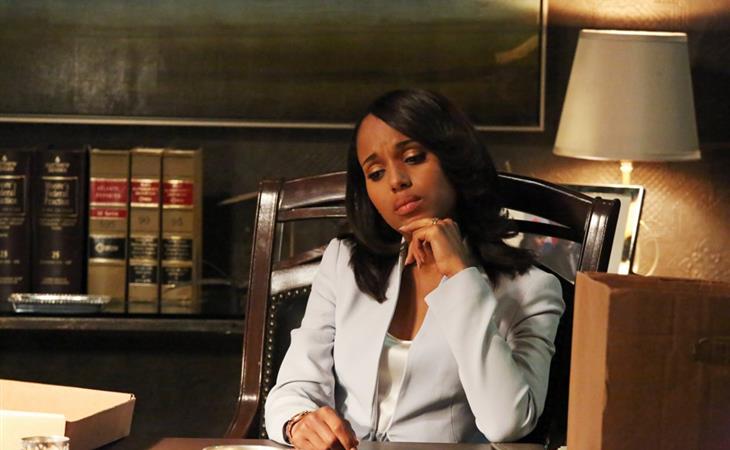