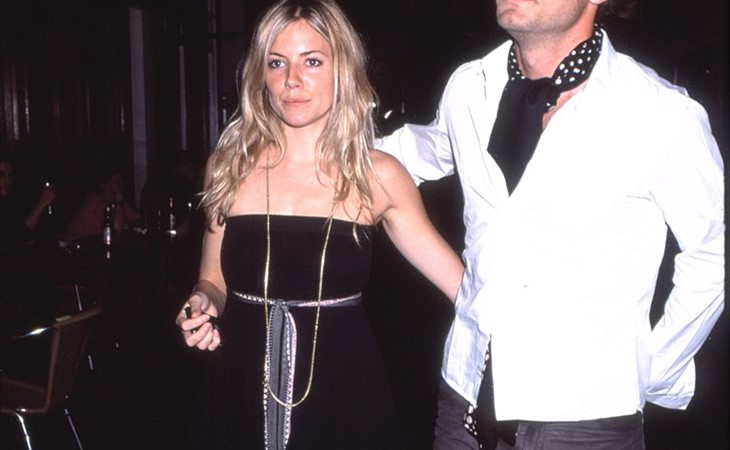 Exclusive! Earlier this year, in a moment that can only be described as temporary psychosis, Hayden Christensen fell into Sienna Miller’s skitty little trap for several weeks during filming for Factory Girl. And while their torrid affair was over shortly after shooting wrapped, it appears the effects are still lingering on the set. Obviously NOT a high point on young Hayden’s conquest resumé.

Tuesday this week (correction: Monday), Hayden, Sienna, AND Jude Law are all in NYC. H & S are in town for Factory Girl reshoots and things are decidedly tense. According to my sources, Sienna was extremely uncomfortable about having her current lover and her former lover in the same place at the same time. So she goes off the professional deep end. Erratic behaviour, chainsmoking, unable to remember her lines, alternating between screaming obnoxiously at anyone who would listen and cackling like a crazed lunatic - needless to say, their scenes together were a disaster.

As frustration mounted, as crew members and production staff became more and more irritated by Sienna’s unprofessional behaviour, Hayden apparently decided he had had enough. He approached the director, he was furious that his time was being wasted by a two bit slut who couldn’t hold her sh*t together, and he “demanded to be excused from the set” - Hollywood speak for “storming off.” Funnily enough, he actually gained a few new fans among the crew for finally givin’ her the balls - especially since, up to that point, no one had ever called Sienna out on her ongoing drama.

Although Hayden returned the next day to complete his scenes, word is the new footage is practically unusable, not only for what Sienna completed with Hayden but for almost everything that was re-shot over the last week… in other words – a complete waste of time, gaining Sienna a brand new “difficult” reputation to go along with her existing trampy one. So does it surprise you that no one wants to work with her again? Anyway, here she is with Jude, looking horribly haggard in Toronto yesterday, taking a break before going back to wreak havoc on the set of Camille. Never thought I’d say this a year ago at the height of the scandal but don’t you think pansy ass would have been better off with Nanny Daisy? Isn’t it time for Jude to move on???

The Beckhams by night