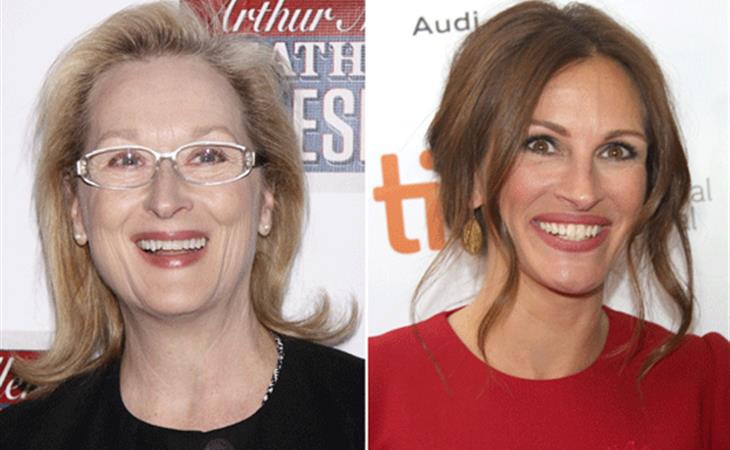 But why must it ALWAYS be girl sh*t?

As Lainey says, girl sh*t is the best sh*t. It makes for great gossip. When it’s organic girl sh*t, occurring in the wild, I enjoy it as much as the next person. When I don’t enjoy it is when it’s manufactured bullsh*t meant to pit women against each other. Why do women always have to be in competition? Why can a woman succeed only at the expense of another woman? And why do we make this narrative—why do we ACCEPT this narrative—when the actual story is obviously not about girl sh*t at all?

The National Enquirer—I know, I know, but roll with me—is reporting that the reason Meryl Streep didn’t show up at TIFF to support August: Osage County was not because she was ill (publicly stated reason for her absence) but because she hates Julia Roberts so much she won’t support the film and never wants to work with Roberts again. This is exactly the kind of “powerful woman vs. powerful woman” girl sh*t that sells, The Enquirer knows that, and poking around the internets you can find plenty of “hahaha, Meryl hates that bitch Julia, too” reactions.

This story confirms what many already believe, or have come to believe, about Julia Roberts—that she’s overbearing, pushy and self-absorbed—while reinforcing our love of classy Meryl, who classily abstained rather than engage in a public spat.

August: Osage County is at the mercy of its distributor, Harvey Weinstein. And no one interferes on a Harvey Weinstein movie more than Harvey Weinstein (see also: The Snowpiercer Saga). While I believe Julia Roberts can be a royal pain, nothing she could say or do would ever trump the instructions doled out by ole Harvey Scissorhands. The original ending of August is sad and without clean resolve, so the fact that it didn’t test well with audiences is the only thing in that Enquirer report that rings true. And given his history, the obvious conclusion is not that Roberts used a bad focus group to “get” the ending of August over Meryl. It’s that Weinstein cut it sell better. Because that’s what he does.

Oh, but it’s a prime bit of real estate, isn’t it? Two prominent women, a power play, the angel versus the bitch, a dramatic declaration. Girl sh*t can be good sh*t, but women do not exist to be in constant competition with one another. It’s possible for two powerful women of stature to co-exist perfectly amiably. Maybe Meryl and Julia won’t be exchanging Christmas cards, I don’t know. But any changes made to August aren’t because of girl sh*t, it’s just Harvey Weinstein being an asshole and thinking people can’t handle a sad movie. 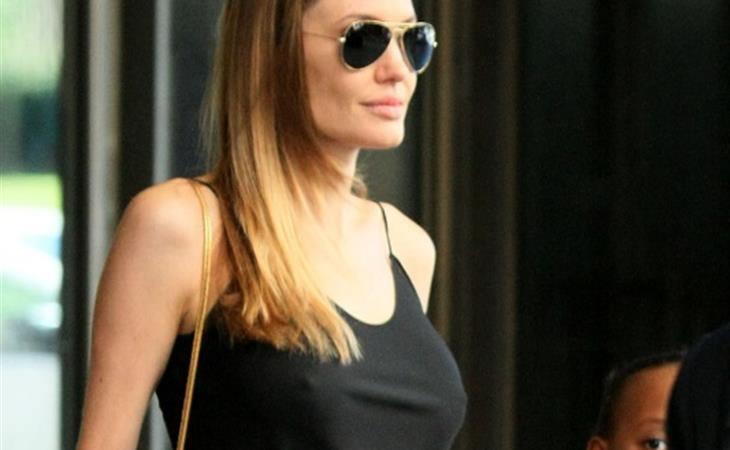