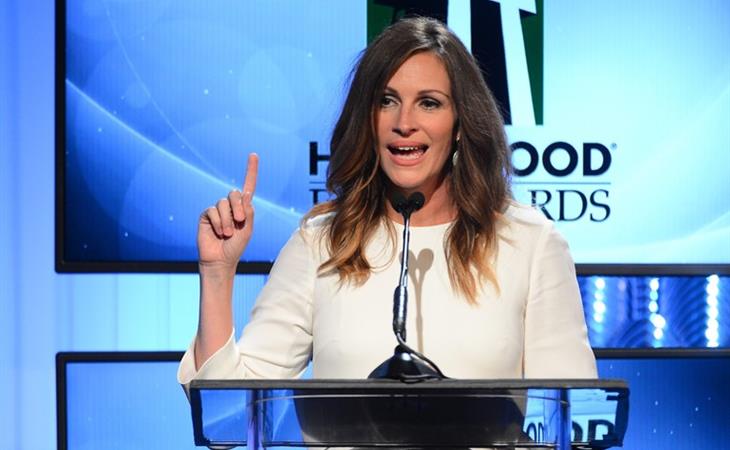 Julia Roberts was honoured with the Hollywood Supporting Actress Award last night at the Hollywood Film Awards. Sean Penn was her presenter. He was in a good mood for her. And when she went up on stage to accept, she took her shoes off.

Penn’s “playful” introduction of her was followed by a clip from August: Osage County. And so her opening line at the podium:

“Well, Jesus, how the f-ck do I say anything after that?”

Of her role in August, Julia told the audience, with her fingers pointing, commanding, demanding their attention, that she had her reservations “because I’m that paradox of a person who wants to be Lucille Ball but also wants to be invisible”.

I really love it when she talks about herself. She does it so well, don’t you think?

Later, she put her shoes back on to join the rest of the cast of August: Osage County – minus Meryl Streep – for the Hollywood Ensemble Award. Julia remained off to the side, standing next to Dermot Mulroney but, really, is she ever off to the side? Look at these photos. Do you see anyone else?

It’s been a long, LONG time since we’ve enjoyed an award season featuring Julia Roberts. This will be great. Because, well, because she’s Julia Roberts. But also because all signs point to the fact that she’s coming to play. Check her out with her wide smile hanging with mega producer Jerry Weintraub. He worked on all the Oceans movies, is tight with George Clooney, and clearly adores her. That’s a lot influence among the voters. What she wants is a Best Supporting Actress Oscar to go along with her Best Actress Oscar. Right now though, she’s not the favourite. Right now she’s actually a longshot.

Also attached – Julia and husband Danny Moder get close at the Boys & Girls Club gala on the weekend. She’s never been nominated for an Oscar as his wife. Don’t you want to hear what that sounds like? 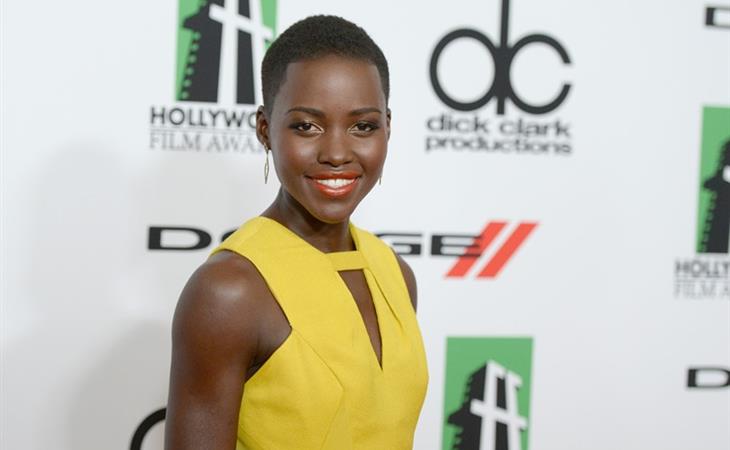