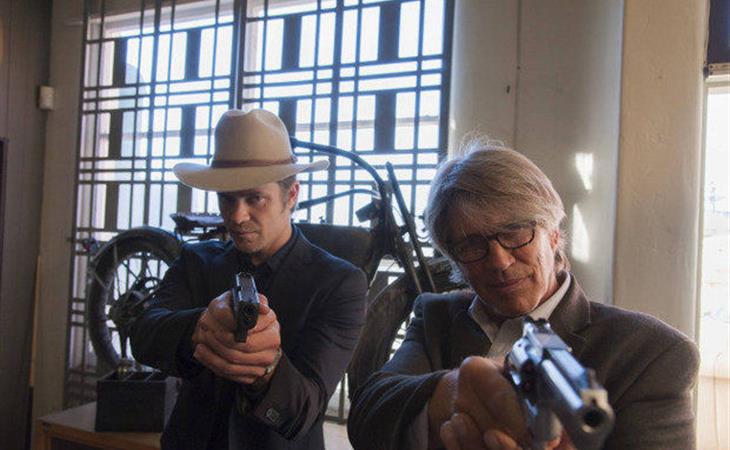 Dewey Crowe is going to snap. Hot Rod Dunham is dead. Daryl Crowe is burying his family alive. Kendall Crowe wants to get the hell out of Dodge. Wynn Duffy is running out of patience. Snakebite Jimmy is super loyal. Ava begins her career as jail drug queenpin. Boyd has a target on his back. And Raylan meets his future. There are five episodes left in the penultimate season of Justified, and things are getting out of hand. This was another super-sized episode, the longest one yet at ninety minutes. It’s like a Justified movie! But seriously, a bunch of sh*t happened.

Starting at the border, Daryl’s contacts set them up with tow trucks in which to smuggle the heroin to Kentucky. Boyd’s guy takes one, Danny and Dewey Crowe take the other. Danny Crowe is a complete lunatic, but his picking on Dewey’s BO is genuinely funny. But Dewey is starting to get that animal-caught-in-a-trap-about-to-gnaw-its-own-leg-off look. That’s how he looked before he left Wade Messer to die, and it’s not a good look. Poor Dewey. He just wanted to run his whorehouse and play naked Marco Polo in his above-ground pool! Everyone’s always sh*tting on Dewey Crowe’s dreams.

This is Daryl’s grand plan: He and Danny deliberately sabotaged the drug exchange in Mexico so that Daryl could come through with the connection to get the heroin across the border. He wants to be Boyd’s go-to smuggler and get 20% of the cut. Daryl is a f*cking moron if he thinks Boyd and Wynn will go for that, and Wynn can’t even pretend to be polite about negotiating terms with Daryl. Boyd seems resigned to it, but he’s got so much on his mind this episode it’s no wonder he’s distracted. Besides the ongoing Heroin Saga, Boyd has to kill some old man who burned the jail nurse’s partner to death (gross).

Boyd is not enthused by this prospect and the things he’s doing to get Ava out of jail are getting more and more taxing. At least he has Snakebite Jimmy to do the actual dirty work of killing the old man (after Boyd has essentially driven him out to a farm, like an old dog), but Boyd is still struggling with his Heroin Saga. And he finally goes to see Ava and while he says all the right things, his heart isn’t in it. Ava isn’t super stoked to see him, either—her incarceration is changing her faster and harder than anything else she’s been through yet. She’s almost a completely unrecognizable person to Boyd now, and it isn’t just her hair.

Over on Raylan’s side of the line, he continues to not go to Florida in order to find out what’s going on with Hot Rod Dunham and his dead guys in the Mexican desert. So he ends up in Memphis, talking to the DEA in the form of Eric Roberts as a functioning alcoholic, trigger-happy, wildcard agent. He has kids he never sees and sh*ts all over his coworkers. He might as well have RAYLAN’S FUTURE stamped on his forehead.

News of the clusterf*ck in Mexico is spreading through Hot Rod’s network, destabilizing it to an alarming degree, and the body count for this season is really high. Hot Rod dies, the guy working him over dies, and remember Roscoe and Jay, the philosophical, Shakespeare-quoting fraternal gun thugs? Well Roscoe dies, too, in a stand-off between him and Jay, the Harlan County heroin contingent, and Raylan and RAYLAN’S FUTURE. It’s a tremendous scene that features a discussion about King Lear, proving that Harlan attracts the classiest criminals in the world (except for the Crowes). But also it’s the first time that Raylan and Boyd have faced off in a long time, and Raylan shuts Boyd’s sh*t down immediately.

This season has been about consequences, and this episode deals with the emotional fall out of everything that’s going on. Boyd and Ava’s once-passionate love affair is practically dead and though Ava still needs Boyd’s heroin hookup, she doesn’t have the patience to listen to him make more promises; Art can’t stand Raylan anymore and flat-out tells Raylan to his face that he’s given up on him; and the Crowe family is falling apart even as Daryl thinks he’s finally hit on a productive plan for them. Wendy and Kendall want out, and Kendall is totally done with his dumbass relations. Daryl steals the $2K Raylan gave him and Kendall storms out—I really hope he’s going to Raylan. And since the Crowes ruin everything, the episode ends with Dewey stealing the second heroin truck and literally running over RAYLAN’S FUTURE. Because that’s not like, foreboding at all. (Name that reference!) 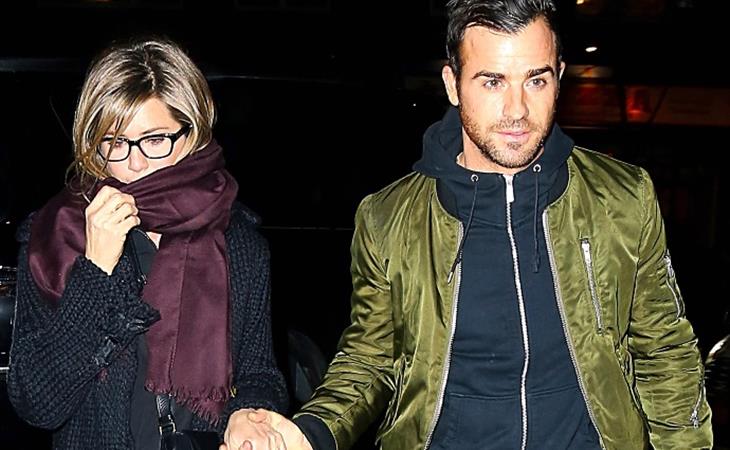 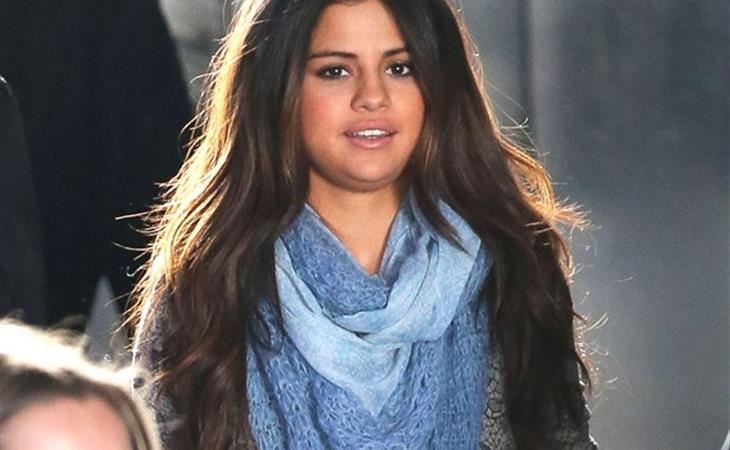