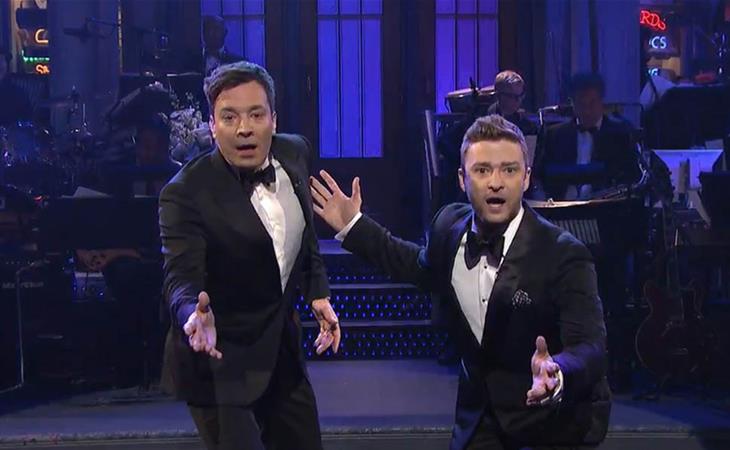 I understand opening SNL40 with Jimmy Fallon and Justin Timberlake. It certainly wasn't a surprise though. This is a great example of choosing to give people what they want over what they need. Then again, the idea of a reunion show is a "want over need" situation to begin with. It was to be expected. Sarah will address that in her best and worst posts from the event in a minute. My job here is to complain about all the celebrities who were jammed into the 3 and a half hours. And how JT had to jam himself onto the front of the stage at the end. If I can't complain about the beginning, at least let me bitch about the end.

You saw that, right? He's centred right there in prime position as Steve Martin delivers the closing remarks, and turns around all fake like "oh, are we back on the air?" the second they come back on the air. I mean, even if it was a network decision, considering he's never been a cast member, wouldn't it have been a lot less MEEEEEEE if he'd ceded his spot to someone like, oh I dunno, Dan Ackroyd? Tina Fey? Will Ferrell? Molly Shannon?

No. Of course not. It looked like his birthday party.

At this point though, having watched his ways, having observed the me-ness of the post 'N SYNC JT, this is hardly out of character. What would have been out of character: the boy band reunion. People were buzzing about it on the weekend before the show. And my first thought was... As IF he's letting them be a part of that, As IF. JT SNL is very much a solo contribution. He would never, ever merge those lines.

What makes JT more tolerable on SNL however is that the format works with his overacting. That sh-t instantly dies in film - where, like Madonna, he keeps trying to break through - because everyone around him is able to do more by doing less. JT is incapable of that kind of subtlety. In sketch comedy though, the over-the-top isn't a problem.

Strangely, this doesn't work for Taylor Swift (yet) the way it works for Justin Timberlake. The Californians isn't my favourite for starters but she came in and sucked the life out of that skit. It was such an...attempt, wasn't it? She wanted it too bad. The result of that kind of TRY is usually dead air. Which is what happened.

But why use her at all when Molly Shannon was available? She IS actually 50 now!

More Molly. Less Taylor. And for f-ck's sake, how about less Paul McCartney? I know I'm just asking to be blasted with hate up the ass for saying that but he shows up for everything All. The. Time. There's nothing exclusive about Paul McCartney. You ever hear the story about how Chris Martin sent a song to Bowie and Bowie rejected it because it wasn't good enough? That's artistic exclusivity, right there. And I'm not sure why Paul McCartney doesn't have more of it. He'd probably play with Nickelback if they asked him to.

Spontaneous moments like this are what keep me falling back in love with music over and over again. @paulmccartney @jimmyfallon

One favorite moment from the #SNL40th [email protected] jumps on stage (and does a number without being produced and rehearsed) along with @jimmyfallon and Sir Paul. I love a woman who is not only a performer, but also a musician. I so appreciate people who have the skills to write/play/sing as well as perform. Miley Cyrus, Blondie, The B52's, and Prince also performed. Video by 🙌 @djcassidy 🙌 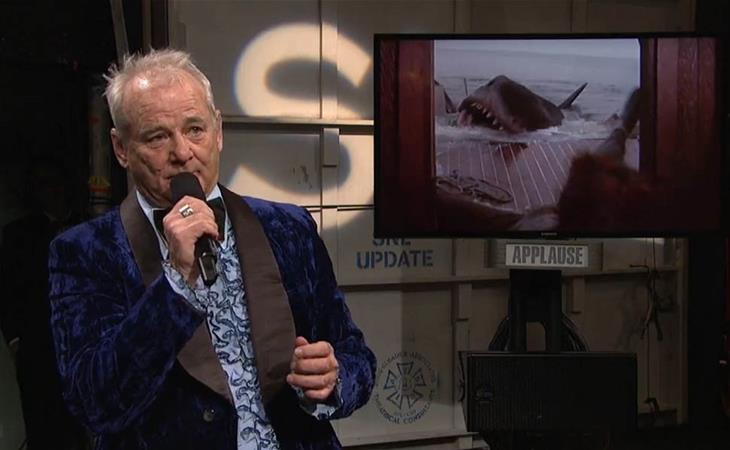 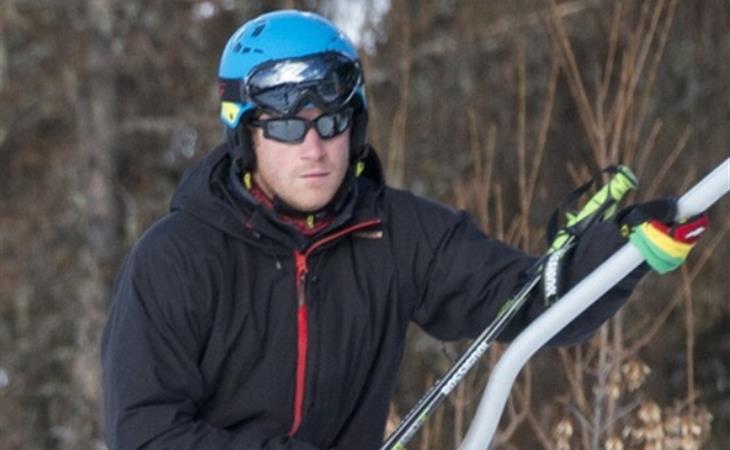