“But for people to understand just how blessed we are. It was an expression of our now. Our fame, right now. Us on the inside of the TV…This is FAME, bro”.

Duana texted me, like, 5 seconds after those words came out of Kanye West’s mouth last night during the VMAs: “I’m going to use that forever.” Me too.

“Us on the inside of the TV.” Watching us watching them watching us. You can’t be famous without being watched. To be famous, in the “now” of Kanye West, is to not only accept that you are being watched but to actively ensure that you are being watched. Some do it better than others. The VMAs gave us so much to watch last night, so many versions of fame, so many examples of those who are watched well and those who can barely manage being watched, even if they weren’t actually there. And, of course, the best example of the one we all watch, who knows she’s always being watched, and who has risen to that expectation better than anyone else: Beyoncé. Beyoncé “inside of the TV” and making sure that every single moment of what we were watching was of the Beyoncé standard, right to the very end, right to final frame of her performance.

More on both Beyoncé and Kanye West to come. As for the show itself? Well, it ended on the Prom Queen and King holding hands walking off the stage. So… I’m not complaining. 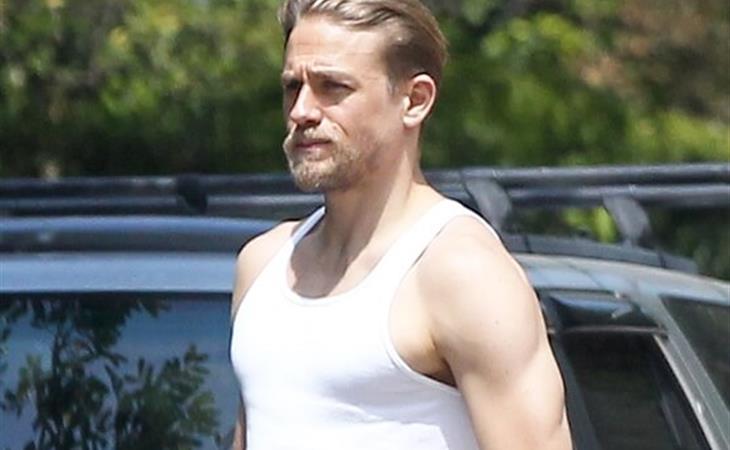 Charlie in a tank top